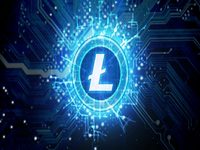 According to litecoinblockhalf, 75% of the total Litecoin supply has been mined so far. The current inflation rate of the coin is 4.26%, and after four years it should drop to 1.80%.

Many investors were sure that the market had long overcome the positive expectations in connection with a decrease in cryptocurrency emissions and expected either a sideways price movement or a decrease in the LTC rate altogether. Nevertheless, against the backdrop of a surge in trading volumes, the coin rate increased by more than 10%, breaking the $100 line. The $100 mark became a critical psychological level that was overcome by Litecoin at about the same time that the halving occurred.

This may indicate an optimistic mood among investors who are confident that, despite the self-removal of inefficient miners, the network will continue to work in a stable manner, as well as in the long-term prospects of this popular coin.

Currently, the weighted average rate of LTC is at around $100, the market capitalization of the cryptocurrency is $6.3 billion.

In turn, the Binance Bitcoin Exchange Team announced the successful Hubble hard fork on the Binance Chain core network. According to representatives of Binance, the goal of the planned hard fork is to increase network stability and add new features. For example, the Hubble update includes BEP12, which allows exchanges to reject deposits that do not contain the correct memo mark. In addition, the synchronization process has been improved, as well as the mechanism for signing transactions.

Recall, the last Binance Chain hard fork called Galileo took place on July 15. Then the possibility of delisting trading pairs was added, as well as the concepts of a maker and a taker were implemented.