MASTERCARD MAKES ITS OWN CRYPTOCURRENCY TEAM 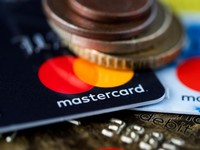 In June, Mastercard announced that it would join the Libra Association on Facebook. However, now the payment processor is plunging into the world of cryptocurrency one step further, creating its own cryptocurrency unit. In a recently published recruiting list, Mastercard asks: "Do you want to work in the most modern area of payments and cryptocurrencies?" The team will be responsible for monitoring related trends, as well as for developing new products for the industry. In general, the goal is for Mastercard to be known more than a card company, it wants to be a real technology company.

Do not be embarrassed, although Mastercard does not issue its own cryptocurrency. However, they acknowledge that the industry is here to stay and want to assemble a team of experts to better follow it. Perhaps in the coming years we can expect the appearance of some large blockchain-related products for the payment company. The team building process is still in its early stages.

According to the senior vice president of Mastercard, the payment company is looking for new opportunities to create value. Blockchain and cryptocurrencies will be the main part of this activity. Moreover, the company will operate the Libra node if the Facebook cryptocurrency is ultimately approved by the authorities. Once launched, it will be the first official surge of Mastercard in the cryptocurrency world, but it will definitely not be the last. It seems that the payment giant has serious long-term plans for the blockchain.