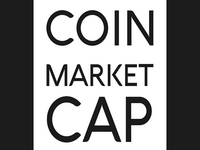 On September 2, the analytical resource CoinMarketCap will launch a new cryptocurrency rating system. Many assets fell significantly in the list during a test run.

It is noteworthy that when testing the system, some cryptocurrencies fell off the list very much (in one case - by 1000 places) due to non-compliance with the criteria. CoinMarketCap emphasized that they corrected points that initially could not have been taken into account, and promised fair ratings.

Recall, on November 12, the launch of a new liquidity assessment system for bitcoin exchanges will take place. The sites will be allowed to choose what data to provide CoinMarketCap, however, depending on the amount of information they will be assigned with the transparency categories, which should motivate them to cooperate.

It is worth adding that in June it became known that 70% of exchanges have already joined the Data Accountability and Transparency Alliance (DATA). CoinMarketCap created this organization in response to allegations of publishing dubious information.