STELLAR UP TO THE MOON 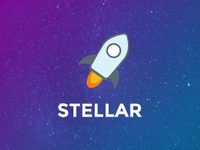 Over the last 24 hours, the Stellar altcoin jumped by more than 19%, the XLM rate reached $0.081 based on the results of the first day of the Mexico Developer Conference.

The Meridian conference opened on November 4, and the Stellar Development Foundation team reported on the successful burning of 55 billion XLM coins. Almost immediately after the announcement of the burning of a large batch of altcoins, an aggressive strengthening of the digital asset began.

At the time of peak value, Stellar's capitalization exceeded $1.682 billion. In the morning of November 5, a slight correction occurred and the XLM rate dropped to $0.081, but the coin is still trading in the green zone. This means that we will see the taking of new heights today. The highest trading volumes are observed on South Korean cryptocurrency exchanges.

According to Trader Josh Rager, XLM is now pumping up as if there was a shortage of coins in the market. However, he himself is in no hurry to invest in this asset.

Note that last weekend Stellar made it into the top ten cryptocurrencies according to CoinMarketCap, knocking out the Tron altcoin from it.