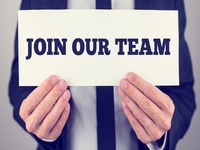 Recently two popular hyips, not listed at HyipNews announced the launch of Representative programs. So, Hodium hyip shares the link (https://hodium.com/representatives), following which one can apply for the position of the official representative at Hodium. Hodium is offering increased affiliate commissions of 10-4-2%. Initially representatives have been awarded with the 7%/3%/1% commission, in accordance with the terms of the three-tier commission approach. The new terms become immediately valid for the new representatives. Active partners should now reapply to become part of the new program, filling out the form, which can be accessible above.

Bitzee has been another hyip that introduced the official representative program for the customers. The terms are simple and traditionally members are not required to have an active deposit with the project. The affiliate program is also a three-tier one, members will earn 10% from the direct referral investments, 4% from second level referrals and 2% – from third. All you have to do is send your application explaining how do you plan to promote Bitzee. Within 24 hours the response is given on whether applicant is eligible for the position of the official representative or not.