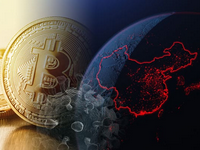 As miners have hosting and electricity fees to keep up with, often relying on the short-term yields of their equipment, the price led to the biggest difficulty drop since 2011. However, it seems like the coronavirus and the steep drop in the value of Bitcoin may have affected some regions more than others.

As miners have hosting and electricity fees to keep up with, often relying on the short-term yields of their equipment, the price led to the biggest difficulty drop since 2011. However, it seems like the coronavirus and the steep drop in the value of Bitcoin may have affected some regions more than others.

As was recently reported by the Chinese publication Securities Daily, more than 40 established mining operations have been forced to shut down as a large number of Antminer S9s, an older generation of Bitmain’s popular Antminer products, have become unprofitable. An industry insider told the publication that “roughly 2.3 million Antminer S9s have been shut down since March 10,” according to data from F2pool.

This drop in the price of BTC seems to have affected Chinese miners the most due to the amount of S9s and old-generation equipment that have become unprofitable to keep using. Electricity prices for miners in China range from $0.03 to $0.05 per kilowatt-hour. Even for miners with electricity at median rates of $0.04 per kWh, miners need Bitcoin to be at $5,136 to be profitable.

“The drop was several old generation rigs going unprofitable. If you monitor the pools. Many of the Asian pools lost hash, not the American pools. That signals it were machines in the East that shut down, not North America. It was old gen equipment out East. It was ultimately the price of Bitcoin dropping and machines becoming unprofitable and forced to shut off.”

Impact of coronavirus on China-based miners

Not only has coronavirus affected miners indirectly through its effect on the price of Bitcoin — and just about every other asset class — the pandemic has also affected the area more broadly and made machines harder to come by as supply chains have been disrupted. D’Souza explained:

“I think COVID has influenced hash rate drop because it has disrupted global supply chains. So miners are not getting rigs quick enough. The difficulty adjustment was much greater because next-gen rigs have been delayed due to COVID-19.”

The pandemic has also had a considerable effect on the secondhand market for mining equipment, which has always been a well-known subset of the mining industry. Wu Tong, the deputy director of the Blockchain Commission within China’s Ministry of Commerce, has already observed this first hand. He recently told Securities Daily:

Why miners may move away from China

China has been the market leader when it comes to mining for a long time, with studies showing it collectively controls a majority of the Bitcoin hash rate. China’s dominance is owed mainly to the country’s low electricity prices and leading manufacturers, such as Bitmain and Ebang.

These conditions not only allow more advanced Bitcoin mining operations to access new generation equipment quickly and cheaply but also for smaller operations to make use of old equipment for longer and acquire it at lower prices.

However, as Bitcoin continues to mature and gain interest among investors, other countries may have a different set of characteristics that make it more viable for mining.

Pros and cons of mining in the East

Countries like Venezuela that have even cheaper electricity and other subsidized energy sources often end up receiving old mining equipment like the aforementioned Antminer S9. But the price is not the only factor, as internet speeds also give countries like the United States an edge.

Higher purchasing power and the ability to raise capital may allow new miners in Western countries to access new-generation machines and to stay ahead of the curve. This is the case with Blockware Mining, which has kept its 180 petahash per second mining operation up and going despite higher electricity prices in the U.S.

Moreover, the Chinese government has not shied away from its dislike of cryptocurrency and Bitcoin mining. The country has a track record of cracking down extensively on exchanges and many illegal mining operations. The U.S., on the other hand, has been ahead of the curve when it comes to regulating the cryptocurrency industry, which may prove to be a decisive factor in the future.

It has certainly proven to be so for companies like Bitmain and Ebang, which have submitted listing applications to the Hong Kong Stock Exchange but have not heard back.

A pivotal moment for mining

Overall, it’s possible that we may see a shift in the mining industry, especially with moments like the halving and the ongoing pandemic.

The hypothetical decentralization of the industry would be welcome, as many have expressed concerns when it comes to the centralization of Bitcoin mining. But for now, China continues to take the lead.