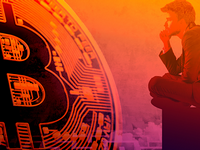 Relative strength index (RSI) is a common trading indicator that measures whether an asset is overbought or oversold. Commonly used in technical analysis, RSI is just one tool traders use to assess whether we’re close to a bottom or top.

For the time being, Bitcoin’s RSI is at historically low levels — meaning it’s exceptionally oversold before its next halving in May.

The ongoing macroeconomic outlook has seemed to overshadow the cryptocurrency markets despite the biggest event in the industry happening in May — Bitcoin’s next halving.

Historically, halving events are preceded by an uptick in buying activity. However, RSI seems to be dropping this time around unlike ever before.

Typically, this chart would seem to indicate that Bitcoin is very near to a local bottom. However, the uncertain macroeconomic situation makes this prediction less unclear.

All we have to judge the upcoming Bitcoin halving is its history. However, we are living in an extraordinary period, so it is much harder to judge.

The IMF now expects almost all national economies to contract in 2020. Moreover, the World Trade Organization is predicting that global trade could drop as much as 32% this year. Increasing jobless claims also make the macroeconomic situation especially severe.

Bitcoin has frankly never experienced a recession. Yet, Bitcoin halvings have also correlated strongly with bull markets afterward. So, the jury is still out on what to expect. It’s hard to draw conclusions given that the macroeconomic situation is so unreliable at the moment.

For now, Bitcoin seems to correlate strongly with the S&P 500 and mainstream financial markets. Therefore, predictions for the future have less to do with Bitcoin and more to do with the greater economy. Considering the world economy remains in serious jeopardy, traders should be especially cautious of drawing bullish conclusions on historical trends alone.