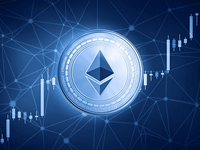 Since February 2019, the users’ fees were always lower than the uncle block’s rewards. However, in March 2020, the situation is under a rough change. Worth noting the correlation change, presumably coming after the March 13 big crypto sell-off. Otherwise called the ‘bloody Friday’, March 13 became a day when Bitcoin lost 40% of its price in one day. Ethereum, and other mainstream coins, were following the trend.

What is the Uncle Reward Anyway?

It is a fraction of the real block reward paid to the small miners who submit blocks a little later than big miners. All thanks to the high competition among miners, and the low Internet speed in some regions. In Bitcoin, only one block goes to the network every 10 minutes. Even if two big mining companies produce 2 blocks at the same time.

In Ethereum, there are several blocks in production. Those are base blocks (main chain), stale blocks (or the Uncle blocks), and Forked (Orphan) blocks. The network pays a small amount of block reward to people who submit stale blocks to the network to keep them in mining. It also pays a slightly bigger sum to the miners of the forked block.

Stale and forked blocks are the alternatives to the blocks accepted by the network by default every 15 seconds. All types of blocks are typically mined almost at the same time.

What is the difference between uncle blocks and orphaned blocks? Uncle blocks are linked to the blockchain forever. They are not the canonical ‘truth’ for the particular block height. However, after network reorganization, the forked blocks are disappearing, but the uncle blocks are staying. More than that, Ethereum’s Vitalik Buterin claimed that it’s good to use/reference to uncle blocks:

“Stale blocks in Ethereum can be re-included into the chain as “uncles”, where they receive up to 75% of their original block reward. This mechanic was originally introduced to reduce centralization pressures, by reducing the advantage that well-connected miners have over poorly connected miners, but it also has several side benefits, one of which is that stale blocks are tracked for all time in a very easily searchable database – the blockchain itself.”

Thanks to the Ethereum’s fast block generation, every 15 seconds the network can produce ‘twin’ blocks. Even if your transaction is not in the main block, the uncle could help out.

Ankit also notes that since January 2019, smart contracts are paying more and more fees, compared to individuals. Per the chart with the basic transactions count, in March people paid 2.7K in Ethereum as fees. Smart contracts (sometimes operating without direct human involvement) have sent 23.4K in Ethereum TX fees over the same period. This is 8.6 times more than what people are sending via the base transactions.

Not all of the smart contract transactions operate in automation. Sometimes people manually order a contract to execute a series of events (including the future ones), like payroll sending, etc.