HOW BLOCKCHAIN WILL INFLUENCE COMMUNICATION INDUSTRY 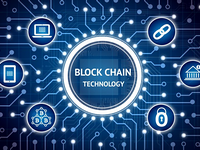 The privacy and security of consumer data are highly essential in 2020 and beyond, to maintain the credibility of systems and foster trust among its users. In this case, the user has sole ownership of their data and has the right to decide on whether to share such data. Nonetheless, the latter has not been the case since some communication systems are either hacked, or the company itself willingly shares user data.

In 2019, for instance, Mobile TeleSystems (MTS), a Russian company was hacked, and unauthorized access was gained to 100 million customer records. Verizon Communications was also hacked in 2016 due to a security flaw. As such, 1.5 million Enterprise customer records were accessed.

To that effect, privacy and security are the two major problems of the telecommunications industry. This sector needs to hold large amounts of user data without compromising them or leaking it to the public. This means that processes like billing systems, roaming, and supply chain management have to be handled more efficiently.

Telecommunications companies could take it one step further to provide users with an efficient way of tracking how their data was obtained. Individuals would also have the right to withdraw or take back consent for their data to be accessed. Consequently, data misuse or data breaches would be a thing of the past due to this high level of transparency.

Inefficiencies In The Current System Due To Rigid Operational Structures

On the other hand, telecommunications companies are still relying on a centralized operational structure. What this does, is to create inefficiencies that may result in expensive usage fees, inaccurate billing, and security issues. At the end of the day, this mounts more costs on customers who may also have to deal with inflexible terms and plans.

In line with that, the advent of social messaging apps like Facebook, WhatsApp, etc. has stolen a significant portion of the market in the communications industry. It has led to declining revenues for telecom companies in the industry. The migration of users from these companies can largely be tied to their rigid operational structures.

The telecommunications industry, however, can return power to customers as the sole owner of their data. This is by prioritizing privacy and security through the creation of a proper and ethical foundation for data management. The first step to achieve this is by adopting a customer privacy-centric strategy that can also reduce costs significantly. This strategy involves the use of Blockchain technology in its processes.

Blockchain's Features That Make It Impactful

Blockchain technology was launched in 2009, and it improves the way we to store, share and access data, as well as perform transactions. The technology comes with several features that can be impactful in the communications industry.

One notable characteristic of the Blockchain is its decentralized and distributed nature which brings about transparency. This is because there is no central authority to manipulate data. Also, different users can see the same data in real-time, and there is no potential for fraud.

Other selling points of the distributed ledger technology include its enhanced security. The reason can be tied to the fact that the distributed ledger offers data encryption, thereby making it more secure. Its decentralized nature also helps to ensure the security of the peers’ identity. What's more, newer blockchain solutions are now offering faster speed for peer-to-peer transactions.

Blockchain offers several uses cases in various industries ranging from banking to logistics, and the same can be said about the telecommunication industry. Some ways it can impact this industry include:

1. Fraud Detection And Prevention:
In the U.S, over $38 billion is spent annually to cover the costs of fraud. On the other hand, blockchain proffers an effective and sustainable way of detecting and preventing fraud in the communications industry. This modern technology can be implemented in processes such as roaming, billing systems, and identity management.

Take roaming fraud, for instance, a subscriber may access the resources of a Host Public Mobile Network (HPMN). However, HPMN, who is a service provider may be unable to charge the subscriber. The fraud may also take longer to detect since information is transmitted between parties and there could be delays. A permissioned blockchain used by these participants would allow for the instant verification of transactions.

2. Secure Messaging:
A subscriber’s identity can also be compromised using email phishing, SIM cloning, etc. Once the user's ID is stolen, it can be used to access the multiple-play services offered by telecom operators. It, therefore, mounts more losses on the user. In contrast, Blockchain allows for the decentralization of data, thereby ensuring that only the owner of such data can access it. The data is also secured using a private key while the subscriber is uniquely identified using a corresponding public key.

3. Data Management:
The Blockchain provides enhanced data management, which takes away the need for a person to always prove their identity to a vendor using physical or digital documents. Often times, not all the information required by the company is used. And there may be a need for the user to create an account on Google and Facebook just to supply information.

The latter is less convenient compared to the blockchain which ensures that data can be entered, reused, and accessed in real-time. Therefore, Telecoms companies can create digital data of their customers and store it on the blockchain. This data can be accessed by the companies' partner websites if authorized access has been granted.

4. Micropayments:
Blockchain technology enables faster payments with low-cost fees. For this reason, it can enable telecom companies to provide micro-payments. Customers can use these payments to obtain online mobile games, music, videos, etc. They can also do this in a secure way since they do not have to reveal their bank account details, credit card info, or other sensitive information.

Conclusion
Privacy and security are important to every industry since it can make or mar it. While there are several modern technologies that can offer these benefits, blockchain technology increases transparency and efficiencies. It can also save telecom companies a lot of money, time, and reduce the potential for fraud.