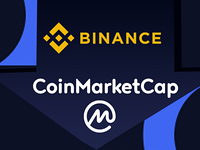 In the aftermath of Binance buying CoinMarketCap for an undisclosed sum (rumored to be in the hundreds of millions of dollars) questions have been raised as to potential conflicts of interest. As the premier data aggregator in the crypto space, providing comprehensive info on all major coins and exchanges in the industry, CoinMarketCap can and has played a very significant role in the development and success or failure of numerous projects.

On its own, prior to the sale, CoinMarketCap had a team of over 40 people and 6 data scientists and was estimated to be pulling in anywhere from $20-30 million a year from ad revenue.

The temptations that may arise by virtue of one of the biggest exchanges in the industry owning an instrument that has profoundly influenced how projects and exchanges in the digital asset industry are perceived should be raising more alarm bells in the media.

For the past several years, the crypto community has been questioning the validity of major exchanges and their reported volume.

In March 2019, Bitwise submitted a presentation to the U.S. Securities and Exchange Commission. According to their study, 95% of all Bitcoin transactions have been fake. This can be explained by many exchanges conducting wash trading to boost their volume and be able to request larger listing fees.

While the report showcased the exchanges with supposedly realistic data, the legitimacy of this information can be questioned due to the conflict of interest since this was Bitwise's strategy to gain approval for their ETF. However, a lot of the information regarding in-house transactions and, therefore, inflated volumes seems to be based on factual evidence.

The vice president of CoinMarketCap clarified the situation in the blog post explaining that the information on the site is based on aggregated data. Nevertheless, Carylyn pointed out their dedication to providing the most transparent and accurate information and promised some new features to be released to combat fake reporting.

When the report was made public, Changpen Zhao, CEO of Binance, was also quick to point the blame away from CoinMarketCap since they are only reporting the information provided by the exchanges. He suggested there to be penalties involved for fake reports such as delisting the exchanges that were caught in the act. He also implied that talking about this issue will lead to more transparency in the crypto industry and help investors to make better decisions when choosing a fitting exchange.

Introduction of the Liquidity Metric

In November 2016, CoinMarketCap announced a brand new liquidity metric to combat volume inflation. Liquidity is a very important factor for investors since it affects how fast and easy an order can be placed on the exchange. The liquidity metric by CoinMarketCap also takes into account a wider range of key variables than the previous volume data. The Liquidity metric looks at several factors, including order-book depth changes and distance from mid-price. Calculations are made by polling the market pair at random intervals over 24 hours and averaging the result.

At this moment, the difference between top exchanges by volume and by liquidity is still apparent. While the top-5 exchanges by adjusted volume are BKEX, Fatbtc, Bilaxy, MXC and Bitforex, the exchanges with the highest liquidity are Bitfinex, HitBTC, Binance,Huobi Global and ZB.com.

This new feature basically redefined how exchanges are viewed in the public's eye and changed the entire perception of the volume reports, making it significantly less valued than the liquidity metric. At the same time, CoinMarketCap announced more features to be implemented such as a job board, interest tool, and educational site with guides and tutorials.

What could be questionable is the fact that at the time of this purchase announcement HitBTC, longtime liquidity king, lost its number one spot on the liquidity metric for the first time since this feature was implemented. It looks like it could go down to third place now because Binance's numbers are rising. Coincidence or intentional bias? Since events are unfolding in real-time, we have to watch the situation closely and see how it affects this metric in the long run.

This spring on March 31 the deal was officially closed and CMC was sold to Binance for an undisclosed amount. With its extensive (although questionable) data on prices, volumes and other cryptocurrency metrics, CMC has been an important tool for retail investors since its launch in 2013 .

This was the largest purchase made by Binance so far, according to Zhao. He explained that there are no immediate plans for the site. Zhao said that he had pursued CMC founder, Brandon Chez, for years and now Chez is immediately stepping down to "focus on his family." He is being replaced by current CMC Chief Strategy Officer Carylyne Chan.

Chagpeng Zhao also addressed the conflict of interests that may arise due to one of the largest exchanges owning and, therefore, controlling the largest data aggregator in the crypto industry. According to his statement, CMC will continue to operate as an independent business entity. Zhao stressed that the acquisition will not change CMC's independence from external stakeholders:

"Binance has no bearing on CoinMarketCap rankings. CoinMarketCap stays committed to providing the most accurate, timely and quality cryptocurrency data in the industry while benefiting from Binance's expertise, resources and scale."

The internal processes such as listing and data aggregation will remain unchanged while also benefiting from Binance's resources. CMC's Chan said data concerns continue to be a primary focus while "continuing to be neutral, transparent and independent."

The Future of CoinMarketCap: Community Opinions
Many of the important figures in the crypto industry have restrained from criticizing the acquisition of CoinMarketCap. Yan Liberman, principal at research and consulting firm Delphi Digital, stated that larger acquisitions are good for the sector in general. He also added that it's best to wait and see on Binance's relationship with CMC rather than cast stones early.

"Binance is incentivized to keep this service transparent so that they don't lose their investment. I think they'll try to preserve CMC's reputation."

"I can understand the business or potential profit. But honestly, how are you going to convince people that the rankings and volume are true when you're operating an exchange and also probably the biggest holder of BNB?"

Lastly, Piers Ridyard, the CEO of Radix DLT, a high-throughput protocol, explained that Binance acquired CMC primarily because of two key factors: namely customer acquisition and data flow. Therefore, keeping the website and its data transparent will be the most important thing to continue benefiting from this purchase.

As one user reacted in a tweet: "Binance bought Coin Market Cap, how long until BNB and Tron are #1 and #2 and DigiByte is delisted?"

Looking at this situation from a neutral perspective, it's obvious that if any data manipulations are going to be conducted, it will become obvious and harm both CMC's and Binance's reputation. Especially if users are going to be able to see Binance's interest pursued by affecting CoinMarketCap's data, they will opt to use alternative data sources such as CoinGecko, CoinCap and others.

Therefore, it is best for CMC to remain neutral and uphold it's number one spot reigning over its competitors. Only with time, the community will be able to see this purchase's long-term effects on the industry as a whole and make conclusions about the reasoning behind it. Now we just watch.