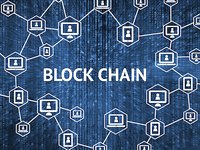 Developers agreed on the name of the new service, Tezos Domains, after much deliberation. Users of Tezos will be able to use pure ADCII names ending with .tez for top-level domains. However, Tezos Domains also plans to support Unicode names in the future.

The primary goal of Tezos Domains is to create cryptocurrency addresses that are human-readable for users on the Tezos network. The motivation behind the project comes from the challenge presented by blockchain addresses. These string addresses are made to memorize or communicate through visual media and human speech.

Users on the network will be able to create aliases to attach to their Tezo addresses. The service is merely bringing a familiar approach to the Tezos ecosystem, seeing as people are already used to creating usernames for various social media profiles.

Essential Details of the Proposal

Tezos users will receive domain registrations through open auctions. Whenever Tezos has an active auction, any account on the network can place a bid. The bid will be visible to everyone on the system, and any new bid has to be higher than the last one.

A First-In-First-Serve basis would have been easier to implement. However, Tezos deliberately chose not to use this model to avoid a rush of bids at the launch and expiration times. The company has, however, explained that they would be using the FIFS approach for new domains that have previously had no buyers.

During the 5-part series preceding the announcement, some community members expressed concerns over spoofing attacks. They expressed their fears over the Unicode character spaces causing look-alike attacks.

Tezos admitted that while this was a viable risk, they would still want to support Unicode characters in the future. Tezos Domains will launch the first service Latin names ending with .tez top-level domain. Additionally, the company proposes to launch another top-level domain as a proof-of-concept, exclusively for a chosen Unicode script. Doing this will ensure that confusable names, whether whole-script or mixed-script, cannot be created under one top-level domain.

Tezos will be joining other blockchain leaders in providing domain name services. Ethereum, for example, is the most notable provider. Ethereum Name Service currently hosts over 270,000 names, and the service is supported by significant wallets, including Coinomi, Metamask, and Opera.

Other blockchain DNS include Zilliqa, Neo, and Namecoin.

Blockchain DNS is a massive addition to the already impactful technology. This area of focus remains mostly untapped, but with services like Tezos Domains joining the bandwagon, perhaps the ease of use will contribute to better mass adoption of payments via crypto wallets.