SIMILARITIES BETWEEN CRYPTO AND TRADITIONAL TRADERS 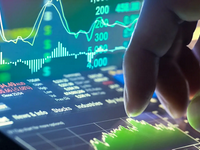 The rise of gadgets and online platforms has led to making the web an unprecedented space for businesses to promote themselves and increase their profits. Nowadays, almost all companies are present on social media and have their very own, well-tailored websites to attract even more clients. However, some industries have shifted even further with some drastic changes that have occurred over the past few decades.

The educational sector, as well as entertainment and communication, have witnessed tangible changes in their functioning. The vast majority of people now prefer staying at home and watching Netflix instead of buying tickets to cinemas or subscribing to broadband TVs. Education both in schools and universities is becoming more and more dependent on digital technologies as the web has formed itself into the largest open resource with countless researches, books, and materials on the cloud.

In the 21st century, communication without the internet is practically unimaginable. The number of people with a landline phone set at home is sharply decreasing as the soaring chunk of the global population has access to the internet. Social media platforms are used by billions of people all around the world with their flexibly and convenient messaging apps. Therefore, the communication sector as we knew it at the beginning of the new millennium no longer exists. Instead, it has turned itself into almost a completely digital sphere.

Digitalization Of The Financial Industry And Trading

Unlike many other sectors listed above, the financial industry was not always keen on digital technologies and novelty in general. This massive and broad sector that basically drives the global economy was always avoiding innovation, fearing disruptions in its well-organized ecosystem.

However, the second half of the last century became an absolute game-changer for this vast field. The introduction of the internet and the presence of computers and cloud-based gadgets at commercial financial institutions made a major shift in how the industry operated. Businesses and clients soon saw tangible benefits that digital adoption can bring to such services and that is when the big tech revolution of the financial industry began.

Trading is one of the leading niches of the financial sector. Centuries ago, when its story was being written, trading was known as a rather narrow and very specific field. However, over the course of decades trading diversified its areas of focus and became a crucial part of the financial industry.

With the growth of the role of technology in the financial sector, trading became highly accessible to more people. Software that is available today provides high-quality services to millions of users across the globe. Using TradingView or MT4 to trade with stocks, currencies, or crypto is simple and easy. Starting off a career in trading no longer requires holding a specific degree or having any prior experience.

Crypto Trading Has Some Similarities With Traditional Trading

The year 2009 was quite significant and special for the financial industry. That year, the world’s first decentralized digital currency, Bitcoin was introduced to the public. The cryptocurrency that is now on international front pages once was a confusing new project. In 2017 it finally managed to gain momentum globally as its price exceeded $10,000 for the first time. This event attracted lots of attention from investors, businesses, and the media.

Today, crypto trading is as common as traditional trading. They are not very similar to each other on a larger scale. In fact, some of the fundamental differences are absolutely crucial for success as a trader.

The most important factor is the specific characteristics of cryptocurrencies. Traditional assets, such as stocks, have been around for a very long time now. Their response to various environments, events, and economic circumstances is well-known to use amid the extensive observation and research throughout their existence. However, the story is more complicated when it comes to cryptocurrencies.

Even some of the leading digital currencies such as Bitcoin have experienced lots of turbulence in terms of the market price from 2009 until today. The price tag for Bitcoins has been fluctuating notably within short periods of time. Such movements were not accompanied by any particularly significant external factors. Rather, crypto price shifts are often affected by some of the most unexpected determinants.

For this very reason, crypto trading requires a much more specifically tailored approach and deep knowledge of the field. Traditional traders also specialize in particular areas. however, the vast majority of general rules apply to stock or sovereign currency trading, unlike crypto.

One other major difference is that the crypto market is much more inclusive and accessible. This primarily is caused by how new it is to the financial industry. Unlike traditional trading fields such as stock markets, crypto has a very low entrance barrier. Almost anyone with a small sum and sometimes without anything can join and start off with crypto trading. This is exactly what attracts so many people to crypto these days.

When it comes to similarities, there are much less than differences. In general, despite speculations about crypto and traditional trading being extremely similar, the reality is drastically different. The Crypto market has brought lots of novelty to the industry and this knowledge is exclusively used within it. Traditional markets remain more conservative in many ways with their own strategies and approaches.

However, these two are still alike in some ways. The most important part is the general approach to trading and risk assessment. After all, cryptos are digital currencies just like sovereign ones. They have their very own and unique features that determine their success. However, in the end, Bitcoin’s pattern on the market throughout the trading process is similar to what USD or other currencies experience.