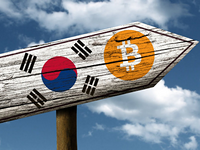 Bank Of Korea Working On Plan 2030

The transformative plan highlights the goals and tasks of the central bank in the next decade through to 2030. Specifically, the bank will dedicate resources in the second half of the year and channel funds towards the study of either Artificial Intelligence or blockchain.

However, given their agenda and chess moves over the last couple of months, it appears that the bank has their sight on blockchain and the innovation around central bank digital currencies.

Towards their ambitious goal, local media reported that the bank has set a strategic direction that encompasses professionalism, synergy, and flexibility to complement and work towards the achievement of their four main strategic objectives including research, digital innovation, personnel management, and policy.

Notably, the bank-as stipulated by the laws of South Korea, like most banks across the globe, is charged with stabilizing and developing the economy.

Towards their grand goal, the Bank has a clear agenda of developing and stabilizing the economy through an emphasis on digital innovation. Going forward, the Bank of Korea plans to rapidly develop an ICT plan and merge it with mainstream systems for better policy and internal management.

Center stage is the introduction of a Central Bank Digital Currency (CBDC), an innovation that an official from the Bank of Korea said was an "innovation in the Fintech and payment settlement sectors continues in the private sector."

In light of the development and implementation of CBDCs by other countries, the central bank will now speed up research and "will proceed with preparations for the introduction of domestic CBDC when necessary." Already a pilot program has been rolled out.

The pilot program is a year after the central bank published a report to assess the impact of CBDCs on financial stability. The first phase of the program will end in July 2020 and will specify the requirements of the CBDCs including its technology. Later through this year, there will be a business analysis and consulting before the CBDC is developed and tested in 2021.

In the next few days, a CBDC legal advisory group will be launched to cater for the legal needs of the CBDC.

The South Korea government claimed to have collected over 280,000 signatures from its citizens and said it shall clamp down on illegal trading of cryptocurrencies.