HOW’S THIS FOR A BITCOIN USE CASE PAYMENTS 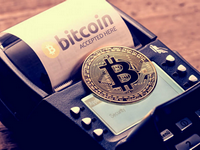 By Eric Marriam
Using Bitcoin to pay for purchases—how’s that for an idea? Somewhere in all the noise about price movements ideological differences and the race to
Sponsored Links

Using Bitcoin to pay for purchases—how’s that for an idea? Somewhere, in all the noise about price movements, ideological differences and the race to find the most novel use case, we forgot that Bitcoin is suppose to be a digital electronic cash system. But even though it could one day be possible to have the entire internet running on the blockchain, it’s important to remember that you can actually use Bitcoin to send and receive money, and make purchases.

Even the payments use case is more complicated now. It’s not just about walking into a store and scanning a QR code with your phone. Bitcoin, at least since Bitcoin SV (BSV) developers restored its original protocol rules, once again enables low-fee micropayments to create an entirely new digital economy. A new breed of “wallets” is emerging that connect to novel online content and gaming platforms that actually make money for their users.

Remember, that’s the way it was always supposed to be: new money and new ways to earn and spend money. And yes, you can still use Bitcoin to buy a cup of coffee. It’s digital cash after all, and there’s no reason you shouldn’t use it for that.

How we got here

In the early days of Bitcoin, most of the conversation was about who was accepting Bitcoin for payments. Every new merchant or site was celebrated, and there were too few users to worry much about scaling. (The scaling debate was happening even then, but mainly hypothetically and in the developer channels.) Price talk was secondary.

That changed over time. Other than small businesses owned by Bitcoiners plus a few marquee names like Overstock and Bic Camera, not enough merchants were jumping on board. One reason for this was the vocal resistance to Bitcoin from governments and central bankers, who saw Bitcoin as either a challenger hell-bent on dismantling the financial status quo, or a crime-enabler. Admittedly, many of Bitcoin’s earlier fans didn’t use language or optics that would win their opponents over.

In-store and online payments with Bitcoin also became mundane once the novelty wore off. After all, to the user it’s much the same as paying with Apple Pay or a card. A few massive price spikes and the conversation shifted from “who’s accepting Bitcoin now?” to “how many millions have you made from Bitcoin?” Actually spending Bitcoin became something to be ashamed off, as if you were robbing yourself of future millions.

Exchanges and price speculators jumped in, bringing all their dollars, yuan, yen, and scandals. Blockchain traffic became congested—not from people making purchases, but from traders sending Bitcoin to exchanges and pulling out fiat. BTC hit its capacity and fees rose. Those who’d actually built interesting use-case businesses that depended on high-volume microtransactions went out of business. Ordinary merchants quietly put away the point-of-sale Bitcoin devices, since hardly anyone used them and the fees were getting too expensive anyway.

Bitcoin Core (BTC) developers and their supporters fought bitterly against moves to increase the 1MB block size limit, something added in the very early days to defend against “spam transactions” deployed as DOS attacks. We can find other ways to still use Bitcoin as digital cash, they said, as long as we alter the protocol and fundamentally change the way Bitcoin works. In mid-2017 they did exactly that, forking the software with changes to enable “payment layers” that would move most transactions to off-chain, third-party networks.

Fortunately, enough people still remembered what Bitcoin was supposed to be about, and continued to build it. It took until early 2020 to complete that vision, but we now have Bitcoin back again as it was originally intended.

All that means it’s time to get back to basics, and start talking about payments and digital cash again.

BSV has no set block size limit. Low-fees, micropayments and new use-cases are back in vogue. And guess what? Bitcoin still works. You can still send $1,000 or $0.00001 to the other side of the world instantly, for a miniscule fee.

Micropayments are one major area where Bitcoin beats card payments. Thanks to the huge commercial and technical infrastructure supporting digital fiat money payments, it’s uneconomical to make payments lower than $5 or even $10 in large amounts. Merchants deal with this by forcing users to “fund your account” with large payments in advance, or by “bundling” payments to charge cards at the end of each month. Both these solutions are inconvenient for users.

Why can’t you just make a payment when you buy something, whatever the price? With cards you can’t, but with Bitcoin you can.

That opens up a whole new world of new use cases. Ryan X. Charles has promoted micropayments for years, and was one of the first to complain about BTC’s limited block size killing innovation. He switched to BSV and created Money Button, finally able to create a service that practically applies Bitcoin’s original promise.

Developers can add a Money Button widget to their sites, letting users pay tiny amounts for individual pieces of content. The Money Button wallet connects to services like Twetch, a Twitter-like social network where you pay a few cents to post and like, and receive micropayments when someone interacts with your own content.

Money Button competitor Relay does the same with its RelayX wallet and RelayONE button, as does HandCash. The race to make payments as fast and easy as possible has created a healthy competition for new features. Both can also be used in physical shops or added to “regular” online stores to make Bitcoin payments as simple as pushing a button, rather than scanning QR codes or copy-pasting key strings.

Wallet integration with online services means users need not even push a button, but have payments made automatically as they interact with site features. This removes the psychological barrier to paying for content that has been a hurdle for online micropayment attempts in the past.

Charles says Money Button currently employs “about half” of the features Bitcoin provides, but it can do much more. In the future, it will have the ability to serve businesses of any size with smart contracts and other data-processing functionalities, simplifying blockchain use for providers and consumers.

Some might say it’s sad that it took a decade for people to understand what Bitcoin’s original vision was for, and build those basic services again. On the other hand, though, often it does take time and vision to understand a new technology’s real promise (we had the web for over a decade before Facebook, YouTube and Twitter came along, and even they took a while to go mainstream).

The good news is that it’s all entirely possible with BSV, and development is happening at a rapid pace. The industry is making up for lost time, pent-up frustrations with BTC in the past creating energy to get new services to market as soon as possible. The better news is that it works, and works well—as long as you’re building on the original Bitcoin, BSV. Forget the price, it’s time to start making (and spending) money on real things of value.