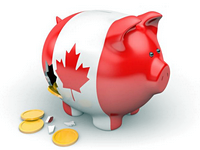 The Bank of Canada recently published a report saying it is aiming to develop a central bank digital currency that could mimic banknotes on the blockchain, providing the same availability and accessibility people have come to expect from physical cash. According to the Bank of Canada, a digital dollar should be available to all Canadians, with a focus on accessibility and inclusion. Earlier the central bank had posted a job opening for “CBDC manager.”

The Bank of Canada plans on how its digital currency should be like.

The comments come as part of an analytical note published by the Bank of Canada, in which the staff set out their vision for how a central bank digital currency should work for the country. However, the analytical note is the result of work done by bank analysts and does not necessarily represent the central bank’s official position. These comments reveal what the central bank of Canada is thinking about its national digital currency. The report further states that a CBDC should be available to all Canadians regardless of whether or not they have a smartphone and that transactions should be possible even in the event of power outages and network failures.

Central banks around the world are researching CBDC.

Central banks across countries are currently studying and researching CBDCs and how they can be utilized in today’s world. Earlier, the Bank for International Settlements had released a report saying central banks need to accelerate on CBDCs research amid the ongoing pandemic as people avoid transacting in physical cash. The central bank of Canada is currently soliciting opinions from various user groups, in a bid to shape its plans for a future digital currency issued on the blockchain. On the other hand, China is all set to become the first major country to issue its CBDC dubbed as DCEP (Digital Currency Electronic Payment).