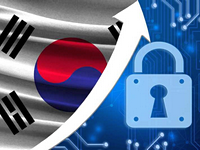 The government of South Korea is considering a local hemp regulatory-free trade zone and is looking to manage the production ofhemp by employing blockchain technology.

According to a reportby  Newspim on Tuesday (July 7, 2020), the Andongregion in the Gyeongbuk Province became a ‘Special Industrial Hemp FreeZone.’ Governor Lee Chul-woo announced during a press conference held on July 6.

Before the designation of a special hemp-free zone, the hemp industry only made room for the growth of seeds and textiles. However, creating afree hemp zone is seen as a significant development, as it could boost the region’s bio industry.

Furthermore, the South Korea government is looking to monitor the hemp production system by employing blockchain technology for safety and transparency. However, the blockchain-based system will take off following the completion of the industrial hemp regulatory free zone inthe city of Gyeongsan City.

“This special regulatory zone has a special meaning different from that of the existing special zone in that it seeks a rational industrialization plan for narcotic drugs, hemp. We will grow moreso that the company can write a new history overflowing.”

Back in 2019, a group of bi-partisan South Korean lawmakers called onthe government to ease its stiff policies, with opposition lawmakers stating that the nascent tech was an essential element in the fourth industrial revolution.

However, recent developments in the blockchain sector show that the government is willing to revive its digital economy. In May 2020, therewere reports that South Korea’s Ministry of Science and Technology was looking to invest about $400 million in blockchain research and development (R&D).

South Korea’s planned project looks to match China’s blockchain progress, with the latter currently at the forefront of blockchain adoption and innovation. In 2019, China’s President, Xi Jinping, called for more adoption and integration of the technology.