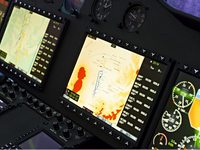 In a rare partnership, the United States Air force has announced it is working with blockchain startup Fluree on a new blockchain product. The company will be providing its services to help the services cyberweapons facility, LevelUP, located in San Antonio, Texas.

The LevelUp Code Works is the cybersecurity factory for the Air Force. Its purpose is to deliver software solutions by incorporating a startup mentality with the Department of Defence resources.

According to the announcement, Fluree will be working to “develop a platform capable of facilitating Multi-domain Command and Control (MDC2) operations for the DoD and its global allied partners.” Both the USAF and its partners will share the software.

The last public announcement of blockchain used in the Air Force came late in 2019 with Constellation Labs. That partnership has Constellation utilized to share secure data between departments.

A Lack of Information

While little public information is available about these partnerships, speculation is possible. Due to security concerns, the blockchain will likely be private, secured by large government data centers or AWS servers. Using an “off the shelf” or public blockchain would probably introduce too many risk factors. There will likely be no publicly available cryptocurrency associated with the project.

The announcement likely means that at least some minimum viable product is currently in a demo stage. If the new service is to be used only in the LevelUp Factory, it could be focused primarily on security. Any deployment in the field would require a faster blockchain, possibly securing one block or more per second.

The importance of data management to the Air Force and national security cannot be understated. While initially introduced as the foundation of Bitcoin, blockchain, and decentralized ledger technologies (DLTs) create a permanent record, ensuring data integrity. Protecting data from malicious edits and code injections can be mitigated using blockchain technology, making it a logical choice to implement.