AMERICANS TO RECEIVE A SECOND STIMULUS CHECK AMID THE SURGING PANDEMIC 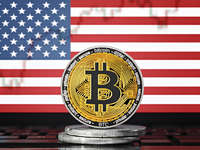 The US residents who invested their first stimulus checks in Bitcoin have seen a 45.5% return, from $1,200 in April to roughly $1,746 at the time of writing, when the leading cryptocurrency is surging past $10,200. Now the US residents are set to receive the second stimulus check from the government. In an interview with CNN, White House economic advisor Larry Kudlow confirmed Americans would be receiving another $1,200 check as part of a roughly $1 trillion stimulus package first announced on July 23.

Second stimulus checks will be given out starting August.

The global pandemic has caused many people to lose their livelihoods and even their rented homes. The stimulus checks given by the US government over four months ago helped people in some amount, but it was not just enough for many. Many US residents even reported not receiving the first checks, which the US Treasury started issuing in late March. Treasury Secretary Steven Mnuchin said the second payment checks will arrive in August, but if the same process is followed, it could mean November.

As reported earlier, the CEO of crypto exchange Coinbase, Brian Armstrong had noted that the number of deposits and buys on the exchange worth $1,200 increased fourfold when stimulus checks were distributed in April this year. The US residents who had invested their stimulus checks in bitcoin have seen a 45.5% return as bitcoin surpassed $10,200.

Not everyone is on board with the idea of providing US citizens with the second stimulus checks. The well-known tech entrepreneur Elon Musk, who took $465 million in government loan during the great recession, opposed the second stimulus package. The US Senator from Vermont, Bernie Sanders, slammed Elon Musk on Twitter for being a “hypocrite.” “Elon Musk has received billions in corporate welfare from US taxpayers,” the Vermont Santor tweeted.