A US CITIZEN PLEADS GUILTY FOR OPERATING AN ILLEGAL BITCOIN ATM 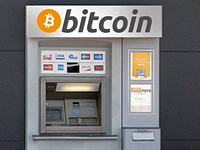 A Californian man has pleaded guilty to three counts of federal charges in connection with operating an illegal cryptocurrency money services business. Authorities said the business processed close to $25 million, with much of it being the proceeds of illicit activities. The authorities revealed that Kais Mohammed was the founder and operator of Herocoin, an illegal cryptocurrency business that operated from December 2014 to November 2019. The founder of the company allegedly helped his users to convert BTC to fiat, charging a 25% commission for his service.

Californian resident Mohammed Kais operated under the moniker ‘Superman29’ on online platforms where he advertised his services. Authorities said he claimed he could assist his clients in buying and selling bitcoin throughout Southern California, in transactions of up to $25,000. He would meet his clients in public places, conduct the transactions, and never inquire about the source of funds or required client identification. In his guilty plea, Mohammed admitted that he was aware that some of the money was the proceeds of illicit activities that he exchanged for bitcoin to cash.

Crypto scams continue to surge amid the ongoing pandemic.

The US Department of Justice said Mohammed intentionally failed to register his business with the Financial Crimes Enforcement Network (FinCEN). He also chose not to develop an effective anti-money laundering program or file currency transaction reports for exchanges above $10,000, which Mohammed admitted he was aware he had to. FinCEN later reached out to the Californian resident regarding the obligation to register his company, which he did. The Department of Justice said that law enforcement agents conducted business with Mohammed in an undercover capacity and caught him red-handed.