CARDANO’S TECHNOLOGY IS BEST ETHEREUM AHEAD OF BITCOIN 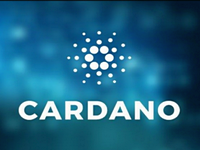 The Cardano (ADA) blockchain technology has been rated the blockchain project with the best technology, this rating was according to the latest update in the ranking of cryptocurrency worldwide by prestigious on-chain rating agency Weiss Rating.

The agency before releasing his update considers factors such as technological progress, market situation, investment risk, and adaptation rate of each of the blockchain projects.

Weiss Ratings in a statement explained that it has had the Cardano Shelley Hard Fork on its watch list for quite a while with the belief that the project confirms that the Cardano network is capable of executing intelligent contracts and dApps.

However, in the overall evaluation of all cryptocurrencies worldwide, the Ethereum (ETH) blockchain project topped the list ahead of Bitcoin and Cardano.

The strong rally displayed by ETH in the last few days was believed to have been propelled by the impending launch of Ethereum 2.0 coupled with developmental programs embarked upon by the network.

Weiss Rating has for over 30 years been offering analyses of the financial market and has incorporated the evaluation of the most valuable and largest cryptocurrency projects since 2018, the agency is not undisputed in the crypto scene as some critics posited that the agency’s rating of individual metrics is smeared and to some extent lacks transparency.

The Weiss Ratings does not evaluate large market cap cryptocurrencies alone but also takes time to evaluate smaller projects like Cosmos (ATOM), Fantom (FTM), and Tezos (XTZ) which are all rated by the agency to be holding higher positions in-term of technical factors.

Weiss added that the current patterns of the technical chart exemplify that a further upward movement is at hand.

In addition the growth experienced in the DeFi sector which has brought new capital to the crypto market also reflected in the latest Weiss ranking as the agency appreciates the technological progress of Ethereum (ETH) and Cardano (ADA) blockchain projects.

Nonetheless, cryptocurrency enthusiasts are alerted at the moment as they share the belief that the cryptocurrency market is not yet bubbling, as they hope that BTC higher prices are yet to come.