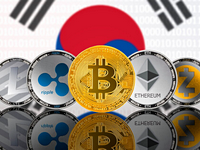 The three companies will partner on all things blockchain, Hashed’s legal compliance officer Jin Kang revealed in a blog post.

The partnership “will entail managing and storing digital assets, advocating for optimal regulatory developments, and transforming the traditional financial sector,” he stated.

In Korea, the government has been warming up to banks interacting with digital currencies as well. This has allowed the country’s four leading banks to begin exploring the industry, with KB Bank now making the first definitive move.

According to Kang, KB Bank believes that apart from digital currencies, other assets such as real estate and artwork will be tokenized, issued and traded on blockchain platforms.

Hashed CEO Simon Kim remarked, “Combining our insight in the blockchain industry and providing both technical and commercial consultations will inevitably open new doors to consumers as well as to the country in ushering the new era of digital transformation.”

KB Bank has been involved in blockchain projects in the past. In June 2019, the bank signed a memorandum of understanding with Atomrigs Labs to explore digital assets custody solutions. The two were reported to be working on a platform known as Lime that would combine with the bank’s infrastructure to offer state-of-the-art security for digital currencies.