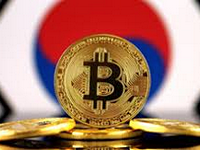 One of South Korea’s major cities is expanding its payments program by issuing digital gift certificates on the blockchain. Seongnam’s new offering will be available through a mobile app, with the city seeking to reach the elderly with the simplified payments process.

Seongnam city has partnered with the Korea Minting and Security Printing Corporation (KOMSCO) on the project. The new gift certificates will be available to the residents via the Chak mobile app. However, unlike existing blockchain-based platforms in the city, the residents will be able to make payments without the need for QR codes.

The new payment system will be acceptable by 45,000 merchants in the city, Korean newspaper Kyunghyang Shinmun revealed. A third of these merchants will additionally be able to accept mobile payments using the certificates. The merchants can use existing debit and credit card readers to process the payments. The resident will then have to input a PIN number provided through the mobile app to complete the payment.

With the new simplified payments system, the city hopes to attract the elderly and those who aren’t tech-savvy. The system will play a crucial role as the city works to foster the use of contactless payments to prevent the spread of the coronavirus.

Seongnam, which is in the Gyeonggi Province, has lived up to its status as a tech city, embracing blockchain to power its payment system. The city has grown to become Korea’s Silicon Valley, being home to some of the country’s largest tech companies including KT, SK Telecom and Kakao Group.

Digital currencies have been playing a central role in Gyeonggi Province. The province has a local digital currency, the Gyeonggi Money, which is accepted in most local stores. Since the COVID-19 pandemic struck, the local government has been using the digital currency to support local businesses, with small businesses getting a special discount if they accept payments in the currency.