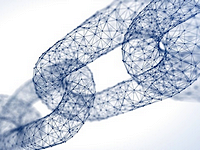 Saudi Arabia believes that blockchain technology can greatly ease cross-border trade by allowing businesses to prove financial compliance in multiple countries. In its proposal to the G20’s business community, Saudi Arabia advocated for blockchain to be used to remove geographical barriers for businesses.

In a report tabled before the B20 group and the Business at OECD, Saudi Arabian business leaders proposed a business passport that allows businesses to participate in the global value chain (GVC). Known as the GVC passport, it’s meant to reduce the barriers that businesses, especially SMEs encounter such as cross-border fragmentation impeding the free flow of capital, goods and services.

The proposal, which is Saudi Arabia’s response to the COVID-19 pandemic, aims at reducing the bureaucratic processes involved when a business wants to offers its products in another country.

“It would provide an authenticated, authoritative, verifiable financial fingerprint of a given entity, enabling it to operate within GVCs without the need to reproduce the same documentation on multiple occasions.”

Blockchain will play a key role, the accompanying statement explained. Saudi Arabian leaders said the technology can “speed up customs procedures and trade financing.” Blockchain can create trusted sources of standardized information which the GVC system will rely on.

“Containing a much richer dataset than that exists in any one system today, it [blockchain] can be used as an infrastructure for identity attestations. The result is delivering a range of benefits for participants, offering faster, cheaper and safer alternatives by operating on secure databases, versus loosely connected participants of traditional processes,” the report elaborated.

The report further sought to reassure the B20 leaders that a GVC passport will not be an additional compliance requirement for businesses. Rather, it will compile and recognize certifications already received by a business in its home country, “thus avoiding firms having to obtain them again in the next country or for the next transaction where those requirements are already met.”

Saudi Arabia has been increasingly integrating blockchain technology. In June, the country’s central bank pumped part of its $13 billion liquidity injection to the local banks via a blockchain platform. The injection was part of the government’s effort to revive the local economy in the face of the COVID-19 pandemic.