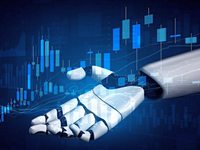 Investors are aware of how abrupt and unpredictable cryptocurrency market movements can be. What many of them do not know, however, is that behind these movements are often software algorithms used by unscrupulous traders to manipulate the market, writes The Wall Street Journal. For regulators, cryptocurrency manipulation is becoming an increasingly worrying trend. Even for some of the most ardent fans of digital money, this issue is becoming a problem.

The US Securities and Exchange Commission refused to register several exchange-traded funds in the summer with this argument – the danger of malicious manipulation of certain cryptocurrencies and the resulting risks for investors. Automated programs for executing trade orders, also known as “bots”, have long existed in most financial markets. They can be used quite appropriately without breaking the rules. Traders can buy them ready-made from the developers of this type of software, and can develop their own algorithms.

The problem with the cryptocurrency market is that it lacks the necessary level of control. In most exchanges, such as Kraken margin trading exchange, orders are constantly monitored and their execution carried out, and at the slightest suspicion of market manipulation, the regulator can intervene and punish violators.

However, most cryptocurrencies do not have such mechanisms, and regulations are minimal, if any. As a result, “bots” could manipulate market movements on a gigantic scale, experts warn.

Stefan Quinn is a managing partner in the hedge fund Virgil Capital, which manages cryptocurrencies worth $ 80 million. He told the WSJ that the company uses its own software algorithms and is in a constant game of “cat and mouse” with “enemy” bots. Earlier this year, Virgil lost a large sum of money as a result of such a malicious attack. The Quinn Fund specializes in so-called “arbitration transactions”. It monitors discrepancies in the price of a cryptocurrency on different exchanges, buying where it is cheap and selling on platforms where it is expensive. Algorithms check for such “imbalances” once a minute.

In this case, the hedge fund systems detect a difference in the quotations of Ethereum – the cryptocurrency with the second largest market capitalization after Bitcoin. Seconds earlier, the “enemy” bot had placed several orders for sale below the market price.

This signals the purchase of Virgil systems. Seconds before the transaction, however, the counterparty canceled its orders and Virgil’s remained unfulfilled. Thus, the price of Ether on the platform is artificially increased on some of the other exchanges for a short period of time.

Stefan Quinn explains that the company has subsequently changed its algorithms so that they do not succumb to such “fishing rods”. Norwegian Keetil Eilersten, who has been trading Bitcoin since 2011, claims to have created “the most perfect tool for market manipulation in the world”. According to him, efforts to ban manipulation in the world of cryptocurrencies are in vain. A more successful approach, he said, would be to “equalize the odds” and put such tools in the hands of small traders. “If everyone can manipulate the market, then no one will manipulate it,” he said.

However, many of his colleagues believe that manipulative practices and software products are slowing down the development of the crypto margin trading platforms. “All of this is tarnishing the market’s reputation and hurting individual investors,” said Andy Bromberg, president of the startup platform CoinList.

Some of the most common manipulations are of the pump and dump type (literally translated – inflate and eject). In them, traders artificially inflate the price of an asset, then quickly sell off their portfolio, and the loss remains for investors who entered the scheme last.

In developed capital markets, such practices are prohibited. However, on cryptocurrency exchanges, the turnover of such schemes reached 825 million dollars in the first six months of this year alone. Bots make it very easy for market manipulators. Eulersten Quatloo Trader’s software, for example, has a special feature that allows traders to trade so-called “ping-pong” – simultaneously placing buy and sell orders from their own accounts, which creates the illusion of active trading with the asset in question. This approach is also prohibited in the stock and futures markets.

Stephen Quinn calls it all “the wild West of the crypto market.” It is unknown at this time what he will do after leaving the post. The US Department of Justice and the Futures Trading Commission are currently investigating potential manipulations of the cryptocurrency market.

The Securities and Exchange Commission is also working to curb vicious practices in so-called initial public offerings of cryptocurrencies, or ICOs. So the era of “zero regulation” of the crypto market may be coming to an end.