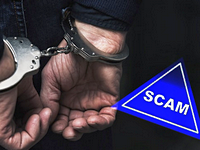 Lu Qinghai, Lu Jianghua, Zhang Qin, Wang Yin, Ji Xinghai and Chen Shaofeng were charged by prosecutors in Yancheng City, Xiangshui County, according to public records. One of the alleged ringleaders of the scam was charged in the Yancheng City in May 2020 as well.

The six were among over 100 suspected PlusToken operators who were arrested by Chinese authorities in August. According to local reports, China’s Ministry of Public Security arrested 27 alleged masterminds and key leaders as well as 82 promoters of the scam.

PlusToken is one of the largest scams in the digital currency industry. Launched in early 2018, the company posed as a wallet that rewarded buyers of its PLUS tokens, blockchain analytics firm Chainalysis detailed in a report. The scammers claimed that it would generate the profits from mining income, referral benefits and exchange profit. PLUS token secured listing on a number of exchanges, spiking to $350 in price.

After luring over two million investors—mainly in China and South Korea—and raising $5.8 billion, the scam started claiming to be experiencing technical issues in June 2019.

Authorities have been pursuing PlusToken operators since they pulled off the exit scam. In May, authorities in Yancheng City arrested one of the ringleaders who allegedly lured hundreds of thousands of investors. Only referred to by local outlets as Zhou, he targeted investors on Wechat and other online platforms.

In its report, Chainalysis revealed that PlusToken operators favored Huobi digital currency exchange initially, transferring nearly all the stolen BTC to the exchange. They later started using OKEx and cashing out on OTC platforms.

Despite the continued arrests this year, PlusToken’s digital currencies have still moved from their wallets to exchanges and mixers, suggesting that some of the top operators are still at large. In June, 789,000 ETH of the stolen funds, worth $187 million at the time, was moved. The scammers also moved $67 million worth of EOS tokens.