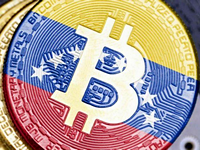 Bitcoin mining in Venezuela is now a legal and regulated activity following years of regulatory hostility in the Latin American country. This is according to a new decree from Venezuela’s National Superintendency of Crypto Assets and Related Activities (SUNACRIP), which brings all activities related to crypto mining under its regulatory jurisdiction.

Under the new dispensation, Venezuelan miners will work under license from SUNACRIP, and they will be mandated to join a “National Digital Mining Pool” under the body’s supervision. The new regulation also creates a legal basis for the importation, sale, production and use of crypto mining equipment in Venezuela for the first time.

The decree, published on September 21 in Venezuela’s Official Gazette and signed by SUNACRIP superintendent Joselit Ramirez prescribes a registration and regulatory process for Venezuelan residents who wish to manufacture application-specific integrated circuit mining equipment in the country or operate mining farms.

To this end, it establishes a Comprehensive Registry of Miners which will have information on all crypto miners in Venezuela. The information to be captured includes the type of mining-related activity they are involved in and the type of equipment they work with. The regulation also establishes SUNACRIP as the sole regulator over the country’s entire crypto mining sector.

Moreover, it creates a National Digital Mining Pool which all miners on Venezuelan territory must join to avoid being in regulatory default. According to the decree, any miners in the country who do not join the pool will face “measures, infractions and sanctions, set forth in the Constituent Decree on the Comprehensive Crypto Assets System.”

Venezuela has traditionally adopted a position on crypto mining that varies between vagueness and outright hostility. In 2017, CNBC described Venezuela as “one of the most dangerous places in the world to mine Bitcoin.” Earlier this year, the Bolivarian National Guard of Venezuela seized 315 Antminer S9 Bitcoin mining rigs, claiming they were not properly registered for operation in the country.

Despite this state of affairs, research published in May 2020 by the Center for Alternative Finance at the University of Cambridge ranked Venezuela among the world’s top ten contributors to the Bitcoin network’s hashing capacity and the top Bitcoin mining country in Latin America with 0.42% of the total hashrate.

In an economy decimated by hyperinflation, trade sanctions, political upheaval and battered export income that has effectively rendered the bolivar irrelevant, The Atlantic reports that Bitcoin miners in Venezuela can clear as much as $500 a month.

With the creation of the mandatory national pool for miners, SUNCRIP effectively assumes control over the payment of block rewards to crypto miners, which some fear will lead to extra taxation, frozen funds or delayed payments.