BLOCKCHAIN LEGISLATION HEADS TO US SENATE 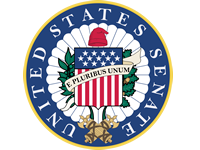 The Digital Taxonomy Act and the Blockchain Innovation Act are now part of the updated Consumer Safety Technology Act. As of Tuesday, the Act has passed in the House of Representatives in the and will now be discussed in the Senate.

The Digital Taxonomy Act looks into the digital economy and gives proper definitions to terms in the blockchain sector, such as “digital asset” and “digital unit”. The Blockchain Innovation Act proposes that the Federal Trade Commission (FTC) will be tasked with stopping unfair trades in both digital assets and digital units. The Act will require the FTC to assemble a report on the role of blockchain in consumer protection. Also, they will report on how the technology would be used to improve several areas of the public and private sectors.

The author of the digital asset and digital unit bills, Congressman Darren Soto (D-FL), commented that as lawmakers, their primary duty is to ensure the US doesn’t lag behind in the blockchain technology race. He believes the US should lead the way in the emerging technology.

The two bills sponsored by Congressman Soto left the Committee on Energy and Commerce a few weeks ago. The bills leave the House together with another one suggested by Rep. Jerry McNerney (D-CA), who calls for the use of artificial intelligence (AI) in consumer safety inspections.

In a hearing yesterday, Congress discussed the possibility of using cryptocurrencies to upgrade the current payment system. The Chairman of the Fintech Task Force, Stephen Lynch (D-MA), pointed out that banking is becoming less centralised as consumers face more options now than in the past.

The hearing saw Congress discuss the proposed changes to payments charters from the Office of the Comptroller of Currency (OCC). The OCC has been recently active in extending cryptocurrency and fintech engagements in traditional finance.

Everett K. Sands, founder and CEO of Lendistry, suggested that the OCC focus on payments first, with technologies like Bitcoin, cryptocurrencies and blockchain gaining traction. However, representative French Hill (R-AK) relayed his message, stating that the US needs a cryptocurrency payment rail as part of the current payment system reforms to modernise the country.