ETHEREUM PRICE IS UP ALMOST 8% 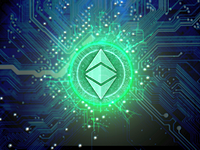 Ethereum, the second-largest coin by market volume, has increased by 7.51% over the last 24-hours as markets have welcomed buyers again. As Ethereum price is going up, the DeFi tokens are also showing bullish sentiments.

The whole cryptocurrency markets have become bullish after buyers start to increase their investment in crypto coins. The ongoing discussion on stimulus is also a major factor behind the growth in the crypto markets. The US dollar loses some value but cryptocurrencies as the best alternatives for investors are going up in value.

DeFi tokens, on the other hand, have also witnessed record rallies (5-20%) in the last 24-hours thanks to Eth upward flight.

In Q3, Eth price performed well as compared to most of the leading coins based on CoinMarketCap’s data. At the beginning of August, Eth started accumulating and traded sideways. Soon after that, the price made a strong move in an upward direction and traded between $413 and $447 for a couple of days. But after that, it plunged to $389 due to bad news circulating about it related to nodes.

But with the start of September, the second-largest coin again gained momentum and witnessed $488 on September 1. But it did not hold for a long time as the price plummeted to as low as $$307. However, it recovered to some extent and stopped at $358.

Due to increasing activity over the Ethereum network, the gas fees reached peak value ($8.25) on September 2. However, the problem of high network fees can be solved with the new update known as Ethereum 2.0.

The Boom in DeFi’s Coins

Following Ethereum, major DeFi coins have also set their positions in an upward direction. For instance, Band Protocol (BAND) is up 12.29% in the last 24-hours and is trading at $6.52. The rise in the BAND’s price is correlated with Binance’s announcement. According to Binance, users of the platform can earn ALPHA tokens by depositing BAND tokens. Similarly, yearn.finance (YFI) is trading at $17,850 after surging by 11.11% in the last 24-hours.