ETHEREUM 2 IS ON TARGET TO LAUNCH THIS YEAR 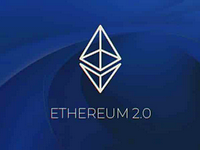 By Alice Wilson
Ethereum has been making headlines a lot lately due to all kinds of achievements ...
Sponsored Links

Ethereum has been making headlines a lot lately due to all kinds of achievements.

For instance, the other day, it’s been revealed that the Ethereum community is celebrating something really massive, something that will definitely boost the whole Ethereum ecosystem and, hopefully, the price of ETH as well.

CFTC chairman Heath Tarbert just addressed the other day some important subjects such as Etehreum, DeFi, and more.

“Let me just basically say how impressed I am by Ethereum, full stop, period,” he said, among others.

Ethereum 2.0 will launch this year

According to the latest reports coming from the online publication, the Daily Hodl, Ethereum 2.0, is currently on target to launch in 2020, according to Danny Ryan, the lead coordinator for the project.

It’s been revealed that in the Ethereum Foundation’s official broadcast of the Zinken launch during the past Monday, Ryan shared his insights as to whether ETH 2.0’s launch is on track for this year.

“That’s my impression. This is an ongoing dialogue with client teams, and we need to take a second to look at this testnet, but my understanding is that this will trigger the next series of things. There are always blockers that might show up. We need to do this responsibly…” he said.

He continued and said: “Us coming up with a launch date – it’s not me, it’s not [Ethereum co-founder Vitalik Buterin], [rather] it’s this synthesis of everything that’s going on, conversations with engineering teams, and doing the best we can.”

It’s also important to mention the fact that the term Zinken is referring to the final preparations that devs use as practice for the mainnet launch.  At the beginning of this week, the testnet was launched flawlessly. Check out more details in the original article on the Daily Hodl.

Alice Wilson
Alice Wilson is young and talented author, born in Los Angeles, California. At the age of 21, Alice graduated from сollege, and then went on to get her Masters at the School of Public and International Affairs. Alice now works as a leading journalist at HYIPNews.com, continuing to speak of the investment process and post news about high yield investment opportunities on the pages of HYIPNews.com. Alice developed and coordinated an investment blog, which has received submissions from around the world. She also recently contributed to site redesign and development, which caused to doubling the traffic of HYIPNews.com