ARE REGULATORS READY TO GET ON TOP OF CRYPTO 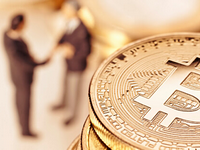 The ever-changing cryptocurrency space has been one that has forged ahead of its own boundaries, especially in relation to regulators and the governance of this new financial space. Since Bitcoin broke out, and ICOs came in, there has been a slow uptake from regulators.

However, the latest batch of regulatory crackdowns on OKEx and BitMEX seem to suggest that there is a bigger drive from regulators to stamp their authority and put crypto businesses to the sword.

The moves taken by regulators are interesting as they seem to suggest that businesses like OKEx and BitMEX are in the wrong, but more based on confusion in the law and regulations. A question of compliance over full regulation comes to the fore.

More so, there is evidence out of Coinbase that suggests even law enforcement around crypto assets is on the rise with the major US company reporting an influx in law enforcement requests in the first half of 2020.

The quick succession in which OKEx and BitMEx fell to regulatory crackdown, as well as the precarious position some of the heads of these companies find themselves in seems to suggest that the crackdown by regulators has come to a new height.

OKEx suspended all cryptocurrency withdrawals, citing that it can’t get in contact with one of its key holders. This caused widespread panic within the crypto community and had similar feelings to BitMEX.

For BitMEX, they were BitMEX headquartered in the Republic of Seychelles with offices operating outside of the country in a play that might have been set to avoid stringent regulation.

“They will soon learn the price of their alleged crimes will not be paid with tropical fruit, but rather could result in fines, restitution, and federal prison time,” FBI Assistant Director William F. Sweeney Jr. said in a statement.

Coinbase has also recently revealed that it has been compiling with law enforcement around crypto assets as it received more than 1,800 requests for information from law enforcement in the first half of 2020, largely in the form of subpoenas, the company announced in a new transparency report.

“As a financial institution with a duty to detect and prevent prohibited activity on its platform, we respect the legitimate interests of government authorities in pursuing bad actors who abuse others and our platform,” the company wrote in a blog post.

“Yet we do not hesitate to push back where appropriate, even when it is inconvenient or costly to do so. That’s why each request we receive is handled by a team of experienced specialists in accordance with set procedures to confirm the validity of the request and narrow or object to requests that are overly broad.”

Alice Wilson
Alice Wilson is young and talented author, born in Los Angeles, California. At the age of 21, Alice graduated from сollege, and then went on to get her Masters at the School of Public and International Affairs. Alice now works as a leading journalist at HYIPNews.com, continuing to speak of the investment process and post news about high yield investment opportunities on the pages of HYIPNews.com. Alice developed and coordinated an investment blog, which has received submissions from around the world. She also recently contributed to site redesign and development, which caused to doubling the traffic of HYIPNews.com