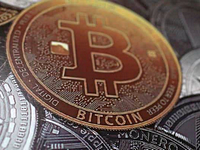 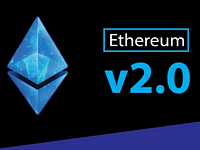 South korea to deploy blockchain voting in apartments
The South Korean Government is working on integrating blockchain technology into people’s homes to make it easier for them to vote and enjoy other services ...

Ethereum developers submit first eth 2 phase 0 proposal
As the Ethereum ecosystem anticipates the launch of the protocol’s version 2.0, the Ethereum development team led by Danny Ryan has submitted an official proposal to the network’s Github repository to facilitate the Beacon Chain phase 0 launch.   ...

How banks are integrating crypto aml software
With the exposure of traditional banks and financial institutions to crypto-assets and all the risks involved, as well as the continued advice from governmental authorities to banks to integrate a crypto risk management system, what are the solutions available? ...

Androidbased devices under attack by crypto mining botnet
Botnets, aka “robot network.” The mighty and pervasive malicious code scripts designed by code wizards and wielded by capable threat actors. In the conventional sense, a botnet is a kind of malicious backdoor that has been installed across a large number of infected Internet...

Crypto price analysis bitcoin ethereum ripple cardano and chainlink
Bitcoin Bitcoin moved sideways this week as a consolidation pattern appeared in the form of a symmetrical triangle. This triangle is best seen on the hourly charts and is highlighted by the white boundaries. The cryptocurrency dropped by a steep 15% in September from $12,000 to...

Nearly 70000 synthetic bitcoins now exist on ethereum
Synthetic Bitcoins have been growing significantly for use in the decentralized finance (DeFi) space. Recent data has shown that there are almost 70,000 synthetic Bitcoins existing in Ethereum. The number is expected to surge accordingly, as the DeFi industry continues to gain...