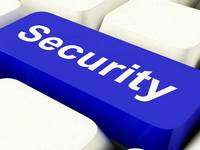 Stpay Bitcoin has released two newsletters to the members recently, basically devoted to security issues and the questions concerning making deposits to the project via SolidTrustPay or PayPal. For a start there is a notification, saying all investments with Stpay Bitcoin are 100% secured. The admin of the project is sorry about the fact many investors are often mistaken when choosing the investment opportunity to deposit funds into either because of their greediness or another concern. As the result many fraudsters get rich for the sake of these investors being cheated.

The basic rule of HYIP investment as claimed by the admin of Stpay Bitcoin is to choose a company, which would bring you a stable return. The profit can be significantly less compared to other HYIP opportunities on the market, however the risk is much lower accordingly. As reported the project allows extra income for active promotion of the project among the relatives, friends and families.

here below you may find some rules of the project concerning the the terms for withdrawal. Minimum amount one can withdraw is $0.2 and there is also a restriction set for daily withdrawal amount applied to every individual member. The daily limit is $500.000 and as reported this limit has been applied to prevent the customers from money laundering and with the purpose of respect of different countries' policy against this crime.

Apart from the security notice sent by the admin of Stpay Bitcoin to the members there is also another newsletter telling about the issues with investing to the project via SolidTrustPay and PayPal. As it's been reminded the STP account of the project is (kwarap) and the money invested will not be credited to members' accounts in the system unless the individual ID is received from the project. Any member who used to to deposit with Payeer and entered the Perfect Money account number is advised to login and edit personal information from the mbmer area.

Another piece of news from Stpay Bitcoin is adding more payment options to the project. OKPAY, Western Union and PayPal are now accepted for deposits. More information about ways to deposit using one of those means can be received after contacting the support of Stpay Bitcoin. Moreover in case one is satisfied with the services provided by Stpay Bitcoin, one is welcome to leave the feedback on facebook and monitor websites about the performance and your investment process.