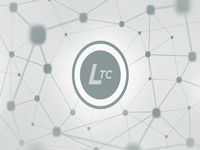 Litecoin is in the limelight. During last months it grew by more than 6 times, from $1.29 to $8.65. However, the bulk of its growth the cryptocurrency lost last Friday, falling to the mark of $4 per one litecoin.

At first many people thought the growth has been conditioned upon further half-price decline of the Litecoin block reward, yet to come on August 25. However, things proved to be absolutely different. Well organized and coordinated group of Chinese pumpers decided to make a good hand of old human sins: gimme and greed.

Recently enough some of the traders uploaded to the Bitcointalk.org forum the link to a video, where some Chinese promoter urges investors to start buying Litecoin and finance his "mining business". Investors were given a proposition to send the litecoins purchased, not less than 500 units to the specially made address. At the same time investors were promised with further rewards. Sounds very familiar, right?

As the result of that activity, more than 9 mln. litecoins have been accumulated on that address for the amount of $76 mln. (according to the rate valid then). Some time later, owners of the secret keys of this address have withdrawn 8.6 mln. of litecoins.

So, the organizators of the pump managed to get 22% of all litecoins, which currently existed and market reaction was absolutely logical. Apart from that, during the growth process, those who deposited 500 litecoins into the scheme were able to see how fast their assets were growing and kept on adding more to their initial deposits.

So, what was the idea of the owners? More likely, they exchanged litecoins obtained to bitcoins, using several exchanges with a solid liquidity rate for that purpose. Bitcoins received were in their turn exchanged to Chinese Yuan on major Chinese exchanges. Basically sich a price pressure upon bitcoin preserved it from growth along with litecoin.

So what is the back end? As we all know litecoin rate dropped greatly and lost half of its price, laying the money and dreams of many investors away. This issue has all chances to become another "black spot" on the cryptocurrency reputation, going side by side with such well-known issues like Mt.gox bankruptcy, SilRoad case and exchanges hacking issues. There's always a place for those willing to earn from people greed, not even thinking about anything.