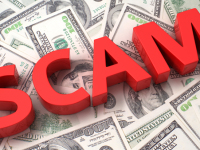 Earlier yesterday we received several complaints about the C-7 HYIP. After checking the website we have discovered the default server mainpage instead of the main page of the program. Thinking it's some sort of the temporal server issue, we decided to contact the admin of C-7 and assign it with the AWAITING status. For a while there has no been response and recently we received the official reply from the admin of the project saying the project is closed eventually with the status changed to PROBLEM!

In the final newsletter the admin of C-7 blamed active customers on Facebook and MMGP of the project to become dead. He was talking about some obligations taken to manage load funds. He claimed the strategy run by the team of C-7 has shown great result and merged the funds of investors and the funds owned by the company under one effective management, which led to ideal income for 8(!) years, two of which the program was working online.

Then there was a statement saying once C-7 started to develop its work in the sphere of liquid funds, the company started to suffer attacks, which were absolutely groundless. As the result of those attacks, investors, who own major part of the capital started to panic and according to the terms are eligible to withdraw their principals. So they started to make requests like that. I can hardly believe lots of principals were actually paid back. It makes no sense for HYIPs.

The admin claimed that his strategy makes only sense if certain requirements are fulfilled. Once thinks broke, which is logical for a HYIP sooner or later. As for C-7 it used to be working online for 543 days, which is a very long term for a HYIP and so the end was near. As the admin says, once they noticed signs of a catastrophe they decided to stop accepting new funds and concentrate upon paying profit to existing investors, which is once again absolute non-sense. By now we have received dozens of messages from the customers, who provided enough proofs of missing payouts.

As we can see C-7 tries to blame honest forum customers and ordinary investors of the program's collapse. What can we say here? It's hard for ultra-modern HYIP admins to admit they are typical scammers. All they can do is to blame someone else. At the end, farewell to C-7! This one used to be a rather good HYIP, which made some good profits to lots of investors within nearly 550 days of being online. Everything good comes to an end sooner or later! And sorry for those who are at a loss! Those are the rules of the game!