THE MOST FAMOUS FINANCIAL PYRAMIDS IN THE CRYPTO WORLD 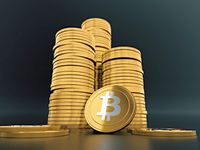 Everyone who has studied this topic even superficially knows that Bitcoin (BTC) still remains a popular payment method among scammers and criminals on the darknet. Cryptocurrencies are very convenient tools for money laundering, evading taxes and cheating investors.

Today, I will talk about the most famous cryptocurrency pyramids, from which millions of investors suffered and whose activities amounted to billions of dollars in losses. These companies worked on Ponzi schemes, named after an Italian fraudster of the early 20th century. These pyramids do not produce goods and do not provide services — all they do is network marketing, where each member of the pyramid invites several new ones that invite the next ones and so on.

The only people involved who manage to earn in such a system are the organizers and some early investors who managed to withdraw their money in time. The remaining participants in the pyramid are left without money, with debts, or in the case of cryptocurrency pyramids, with no valuable tokens.

OneCoin is considered one of the largest cryptocurrency pyramids, which functioned from 2014 to 2017, deceiving about three million people and defrauding investors of around $5 billion in total. The founder of One Coin is the Bulgarian fraudster Ruzha Ignatova. The pyramid worked according to the classical Ponzi scheme, in which participants receive a reward for each new person invited.

The scammer convinced her audience that OneCoin would soon become the most influential cryptocurrency in the world. There were even promises to “kill Bitcoin.” It is worth noting that her coin did not even have its own blockchain and was accepted only on sites associated with the pyramid.

For the first time, the Bulgarian government spoke about the threat from fraudsters by publishing a message about the risks of participating in OneCoin, since the project is not a financial instrument and is not controlled by regulators. This caused the pyramid to “leave” the country and refuse to work with Bulgarian banks.

But soon, criticism and warnings about participating in the scheme came from the United Kingdom, Austria and Thailand. Italy and Germany even banned the activities of OneCoin in the countries and blocked their accounts. Ignatova simply did not attend the next announced meeting with investors in Lisbon, and was never seen again. There is no information on her whereabouts.

The United States government has charged Ruzha Ignatova with fraud and money laundering. While she faces 25 years of imprisonment, law enforcement officers still managed to arrest some of her accomplices, among whom include her lawyer, brother and former business partner.

Another major crypto pyramid functioned from 2016 to 2018: BitConnect. It was created by unknown developers and led by a man named Satao Nakamoto.

Participants had to buy BCC tokens and lock them on a special platform, and the trading bot had to earn profit automatically. Members of the pyramid were promised 40% in profit per month. According to the organizers of BitConnect, from an initial investment of $1,000, investors could expect to withdraw $50 million in three years’ time.

The first critic of the pyramid was Vitalik Buterin, who drew attention to the fact that the promise of 1% profit per day is a classic Ponzi scheme. After some time, Mike Novogratz and Litecoin (LTC) creator Charlie Lee agreed with the opinion of the founder of Ethereum. At the same time, questions for the organizers of BitConnect came from the United Kingdom government, which demanded the company to reveal its business model. Yet, this did not prevent fraudsters from participating in crypto events and attracting new investors.

The U.S. authorities helped to end this story, calling BitConnect a financial pyramid and demanding that it cease operations. After that, the BCC token fell by 90%, investors were left with a total loss of $3.5 billion, and one of the organizers of the pyramid was behind bars. Divayesh Darji, the head of the Indian branch of BitConnect, did, however, come out on bail in 2019.

The youngest and largest financial pyramid in recent years. Founded in 2018, the pyramid was advertised in Chinese WeChat with promises of 10%–30% of return on investment per month. Around four million people became participants in the PlusToken ponzi scheme. Fraudsters allegedly advocated financial literacy and trained people to use cryptocurrencies, but ultimately aimed to convert them to Plus tokens.

In this case, justice still overtook the organizers of the scheme, and a year ago, six of them were arrested at the request of Chinese authorities. However, the $3 billion lost by investors could not be returned, and remains with the PlusToken team members. More recently, on June 22, all EOS was withdrawn from the pyramid’s wallets, and soon enough, this was repeated with all ETH tokens.

Despite the fact that these pyramids have practically ceased their activity, their various “reincarnations” constantly appear, attracting inexperienced investors. The government cannot forever protect citizens from such schemes, since prohibition requires proof of a crime. In this case, the best defense is knowledge. If everyone could recognize the huge profit margins promised by companies in exchange for investment as a red flag rather than a gold mine, there would be significantly fewer fraudsters.