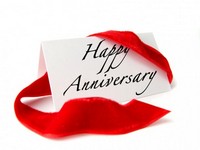 The FinMutual HYIP project is celebrating 300 days online. The project has managed to stay on the market for nearly a year without any serious troubles or complaints from investors. FinMutual is a part of TOP Choice section, which absolutely makes sense and we have nothing against it. As i have told before there haven't been many troubles with the project till recently.

Unfortunately lately there have been several attempts to somehow spoil the image of the project by the third parties. Even though all those efforts were in vain, the FinMutual HYIP still remains paying properly. Starting from Monday the website has been suffering a massive DDOS attack, which has just been mitigated. Once the site was up all payouts delayed have been completed. See the latest newsletter from FinMutual below:

"We celebrate 300 days online today. Thank you for supporting FinMutual for all this time and your continued support as FinMutual remains the longest paying and most successful program online. We also thank you for your patience with the massive DDOS attack from Monday. We mitigated the attack and quickly caught up with the backlog of payouts and had them paid out immediately."