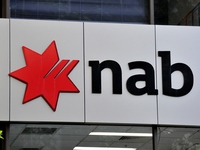 The commercial National Australia Bank plans to push another service on the mobile payments market. NAB Pay only supports NAB Visa Debit cards at this stage, and requires a handset running Android 4.4 and NFC with an active internet connection to work. NAB has announced they are working on adding a NAB Pay solution for NAB credit cards, but there is currently no time frame to put the solution on place.

There's a number of security options for NAB Pay; users can make payments pin-free if they choose 'Quick Pay', or they can choose to secure your payments with a NAB Pay passcode â€“ a four digit pin you can set up for mobile purchases.

NAB Pay can be used one of three ways:

â€¢ From the lock screen â€“ turn on your phone's screen and unlock (if secured) to use your phone to pay.
â€¢ From the NAB app by selecting the NAB Pay option, where you'll be prompted for your passcode first.
â€¢ From any app, and you'll be returned to your app once you've completed your payment.

In order to use Visa Debit card in the app, users are required to update their Android app from Google Play, then choose the Add Card option. Users are then taken through a few introductory screens telling them how the service works, before being prompted to select their chosen NAB Debit card to use. They can then select Quick Pay or Passcode to Pay, before NAB sets up the virtual payment card.

Once set up, users follow the on-screen instructions to either pay from within the app or from within any app.