ANDROID PAY EXPANDS TO THE UK 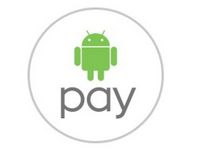 One of the global rivals of ApplePay is entering the European market at the end of March. The first country where Android Pay is going to be launched will be the UK.

Android Pay is the second attempt by Google to unlock the potential in the sphere of mobile payments. The service was initially launched on the US market in September 2015 instead of the virtual wallet, named Google Wallet, which did not enjoy global popularity.

The Android Pay service is working with smartphones with NFC chips integrated. Payment cards can be uploaded to the mobile wallet and then one can use them to pay for the purchases in the trading spots.

The contact-free payment system is more developed in the UK than in the US. Every day around 35K train trips are paid with the help of mobile phones. Apart from the transport, paying with the help of your smartphone is possible in various trading spots.

On the UK market Android Pay will have to compete not just with Apple Pay. There is also another provider, Samsung Pay, which is also planning to introduce the payment system of its own on the UK market.