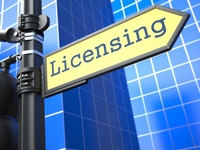 The Bitcoin stock exchange Coinbase and financial services provider, Ripple Labs can be in the nearest future legally licensed in the state of New York which would entitle the institutions to provide virtual currency services. The information has been provided by Reuters news agency linking to the information on the website of NYDFS (New York State Department of Financial Services). As the information states both companies applied for getting the BitLicense, allowing to provide services in the state of New York.

Ripple authorities though refused to give additional details. So did the Coinbase authorities as well. Among Coinbase investors, which is one of the largest US stock exchanges that works with bank Ripple structures there are such famous names as: Andreessen Horowitz and Ribbit Capital. Additional financial support for Ripple is provided by Google Ventures and IDG Capital Partners.

Let us remind you that currently services of a large number of companies working in the sphere of Bitcoin and cryptotechnologies are not allowed in New York. Denial has something to do with implementing the BitLicense in 2015. Lately it has become well known that another stock exchange Gemini, based in New York got permission to launch the Ethereum cryptocurrency trading platform.