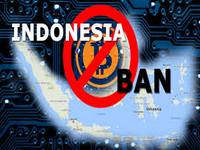 In its message, the Bank declared crypto currency "an non-legitimate instrument of payment", because they do not comply with the provisions of the currency act of 2011 and are not issued by the Republic of Indonesia.
"Financial transactions conducted on the territory of Indonesia must be performed in rupees," the currency act says.

In this regard, the central bank of Indonesia said that payment companies are not allowed to conduct transactions using virtual currencies.
Further as it goes in the press release:

At the same time, nothing is said about the exchange of crypto-currency in the press release.

In early December, 2017, the central bank of Indonesia has already reported that it is considering new instructions that, from 2018, will declare bitcoin-transactions illegal.
On December 20, the bank issued a new notice No. 19/12 / PBI / 2017 "Operation of financial technology", in which the concerns about the use of bitcoin for the financing of terrorism, money laundering and illicit drug trafficking were raised.

In its latest report, the Bank of Indonesia also warned "all parties" that the purchase, sale and trading of crypto-currencies is accompanied by "high risks", because they are "very volatile", and their value is not provided by either the state or any assets.

The press release, published on January 13, also says:
"This means that virtual currencies are vulnerable to bubble risks, and susceptible to be used for money laundering and terrorism financing, therefore can potentially impact financial system stability and cause financial harm to society."