EOS REPORTED TO HAVE EPIC VULNERABILITIES 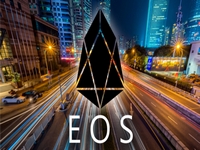 Chinese Internet security company Qihoo 360 discovered a number of vulnerabilities on the EOS crypto currency platform, which they called "epic."

As the Weibo search engine news service reports, some platform bugs can allow hackers to remotely run arbitrary code on EOS nodes and even completely gain control over them.

Specialists of Qihoo 360 say that hackers have the ability to activate a bug with the help of "malicious" smart contracts. By becoming a part of the block, such a smart contract can make all the complete nodes vulnerable to attacks. In this case, the problems will concern reserve nodes, exchanges and wallet nodes.

Team Qihoo 360 has already warned the developers of EOS. The EOS, in turn, said that the official launch of the network could be postponed until the vulnerability would be eliminated. Representatives of Qihoo 360 also made a statement through Weibo that crypto-currency projects should take great care in security matters.

Meanwhile, EOS is still planning to launch its network on June 2. Thus, the team has a little bit more than 4 days (at the time this article is published) in order to eliminate the problems.

There were many disputes around the EOS project. It was advertised as an improved version of the Ethereum - the second crypto currency in terms of market capitalization and level of influence. Thus, the EOS team is obliged to quickly remove all the discovered shortcomings and prove to others that the course is correct.

Qihoo 360 itself is known for a line of products that provide Internet security, including 360 Safeguard, 360 Mobile Safe, 360 Browsers, etc. In 2014, the company's products had at least 640 million users.