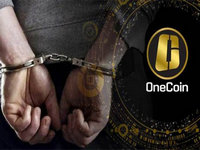 The main site of the OneCoin financial pyramid has finally shut down. The fraudulent scheme reportedly deprived investors of more than $4.4 billion. Until recently, OneCoin schemes continued to work, denying all allegations.

The cryptocurrency scam site is now disabled. DNS records show that the domain is still owned by OneCoin, which has already been declared fraudulent by many governments in the world.

Earlier there were reports that a court in the United States found American lawyer Mark Scott guilty of helping OneCoin to launder money, and now he faces a prison sentence of up to 50 years. The laundering took place through banks in Ireland and the Cayman Islands, and the funds were disguised as investments of "wealthy European families".

Even before the arrest of Scott Dr Ruja Ignatova and her brother Konstantin Ignatov, who organized OneCoin, admitted that it was a fraudulent scheme.

Although Konstantin Ignatov is already in the hands of law enforcement and charged with it, the "cryptocurrency queen" Ruja Ignatova is still on the run. According to some reports, the recognition of fraud from her was received only by journalists when they managed to get in touch with her.

Upon the detention of Ruja Ignatova, she, like her brother, will be charged with electronic fraud, conspiracy to commit fraudulent acts, and conspiracy to launder money. Each of these charges carries a sentence of up to 20 years.