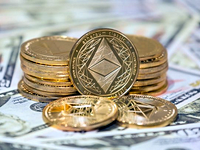 Last week, the Ethereum blockchain platform celebrated its fifth anniversary. Ethereum has seen incredible adoption and is an integral part of the crypto space. The plarform is now taking its first steps towards leaving behind the Proof-of-Work (PoW) blockchain network it currently functions on to launch a Proof-of-Stake (PoS) test with Ethereum 2.0.

What does the milestone mean for the blockchain industry? Why has Ethereum become one of the most successful platforms in the world? How has Ethereum impacted cross-sectoral enterprises, and what might the next five years hold in store? The below set of expert comments hone in on enterprise adoption and data sharing, capital markets, digital assets, areas for improvement, and why Ethereum is a developer’s paradise.

“Ethereum is one of those game-changing projects. I can tell you firsthand that Ethereum is the most requested chain, right up there with Bitcoin, that companies ask Blockset to support, likely due to its capabilities of building private chains. The mission and capabilities extend well-beyond financial services. Being a Turing complete blockchain shows the full potential of DLT and digital computing; it’s about more than just digital currency.

Any success we see on Ethereum today is just the beginning. I see the future having large companies moving some of their business off of expensive, proprietary databases to Ethereum’s public ledger and/or creative flavors that private chains can introduce. Data sharing between companies, the transparency of data, and the automation of functions and agreements is a real, desired use-case, and major reason for the success we see today in Ethereum.”

“Over the past five years we have seen Ethereum move from a playground for crypto and ICOs towards a more mature financial infrastructure through DeFi. Now, we are seeing enterprise Proof-of-Concepts maturing into production networks. Looking to the future, in the next five years, I believe DLT will become a pivotal infrastructure facilitating cross-company financial applications, identity management, and traceability – something most companies won’t be able to operate without.

Due to the conservative nature of many enterprises, most of these networks are now permissioned, choosing DLT technology based on different parameters, resulting in multiple DLTs for different networks. By enabling a DLT-agnostic infrastructure, cross-network connections can be rapidly created and application providers can write an application once, and easily deploy it anywhere. Enabling seamless migration between DLTs, infrastructure that is DLT-agnostic will create the path to future move into public networks like Ethereum or integration with them for payment and other DeFi applications.”

“One of the core reasons behind Ethereum’s success is its innate malleability. Much like how the rise of Web 2.0 powered a groundswell of momentum from a technological standpoint, Ethereum’s emergence was the battering ram for the ascent of blockchain more broadly. Bitcoin ignited a transformative spark as a breakthrough solution to the transference of value. Ethereum has added fuel to the flames of blockchain innovation.

Blockchain’s use-cases extend into almost every industry and sector, with many of those innovations leaning on Ethereum as a foundational layer. Many have taken inspiration from Ethereum, which has contributed significantly to the growing traction of blockchain, as a mass adopted tech solution. From our own experience in the capital markets, blockchain will power a major step forward in the evolution of the Financial Markets Infrastructure (FMI), removing barriers to entry and improving the lifecycle of trading for securities. Even if adaptations of Ethereum, or better solutions present themselves, I feel Etherum will continue to have a prominent seat at the table given its stellar track record to date.”

Dan Gunsberg, CEO of HXRO, the platform bridging the gap between the crypto markets and the gambling space, said:

“Since its launch, Ethereum has been the most prominent and foundational building block of most decentralized applications in the digital asset space. Its success has been predicated on the ease at which both hybrid and fully decentralized autonomous systems, applications, and organizations can operate utilizing its framework. The real beauty of Ethereum is that it is the ultimate laboratory for innovation across an almost infinite spectrum of market segments.

Anyone with an idea has the ability to become an entrepreneur, quickly put their idea into practice, then offer it to a global community that collectively decides whether or not the innovation has merit, provides value, or solves a problem. I think we are well past answering the question of whether or not Ethereum will play a significant role in a decentralized future.

Its community of developers is making the most of its first mover advantage. We are at the point at which layer 3 technologies are just beginning to permeate the everyday lives of those who live outside of our current ecosystem.  This next 3-5 year push into building user-first, market infrastructure layers will be critical in cementing its place as the hegemon in what is a fast-accelerating decentralized world.”

“Ethereum has been the main rails for some of the largest ICOs and most recently been rails to the largest stablecoins that have unleashed the DeFi wave (decentralized finance). Ethereum’s ecosystem is second to none and while fees are becoming a serious problem, ongoing efforts have been made to scale ethereum into a faster and cheaper network via PoS system.”

“Bitcoin, the predecessor of Ethereum, had just one primary function – payments. Ethereum, on the other hand, is capable of making payments and also hosts a ton of different use cases on top of its blockchain, namely dApps and DeFi, through smart contracts. Ethereum is a developer paradise. A key reason for Ethereum’s popularity and growth is because it in a way operates as a company with someone like Vitalik Buterin acting as a CEO of the Ethereum foundation. This brings in efficiency and direction in the ecosystem with Ethereum foundation able to release funds for projects it considers most vital for its growth.

A futuristic DLT ecosystem would ideally operate in a more decentralised manner (consensus algorithm) with better transaction speed and ability to accommodate other DLTs. Ethereum is actively working towards a more efficient consensus algorithm focusing on better speed and greater decentralisation. At this rate it does seem that Ethereum would comfortably lead the pack of futuristic DLTs.”