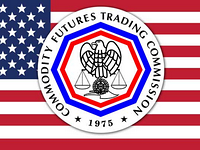 The US Commodities Futures Trading Commission (CFTC) has fined an escrow firm owner $7.4 million for stealing funds from two companies by lying about Bitcoin transactions. The enforcement action is the latest development in the case against Jon Barry Thompson, which has been running since 2018.

Earlier, Volantis received $7 million to buy bitcoins on behalf of two clients, which was then sent to a third party before receiving the purchased bitcoins. Thompson lied to the companies, saying, “cash is with me, the coin is with me,” and further claimed “there is no risk of default” since Volantis controlled “both sides of the transaction.” However, Thompson sent the funds to another escrow service provider who never purchased the bitcoin promised or returned the funds, which were apparently lost in the transaction, according to the CFTC.

Thompson was indicted in 2019 by a grand jury in New York.

The CFTC said in a statement that the order also finds that after Thompson took the customers’ money and failed to provide any Bitcoin, he then lied to the customers about the location of the Bitcoin, the reasons the transaction was not completed, and the status of the customers’ money. Following investigations, Thompson was indicted last year by a grand jury in the Southern District of New York on two charges of commodity fraud followed by two counts of wire fraud, which means that he could face up to 60 years in prison on conviction. Yesterday, the court accepted Thompson’s plea of guilty to one count of commodities fraud.