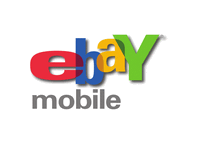 By Nicole Berger
eBay online auction announces closure of several mobile applications including eBay Valet, Fashion and Motors eBay Local closes after the close of eBay Now
Sponsored Links
The logical sequence of the recent separation of PayPal from eBay was closing some "autonomic" mobiule applications, including eBay Valet, Fashion and eBay Motors as well as the final termination of express delivery service eBay Now.

Speaking about the last one the company representatives claim it has always been considered to be the "experimental program" and after some encouraging results were received, other schemes of returns and delivery are now considered, which would be actual for the clients' base, which counts around 25 mln. small enterprises and would be suitable for covering wider commercial range of goods. See more information about eBay updates in the article below

Ebay online auction decides to terminate using several of its mobile applications. Their functionality will be moved to the main application of the online auction. Apart from that the pilot project eBay Local on delivering the goods purchased the same day.

The company is trying to find another approach to goods delivery trying different methods. Last November the Ebay Now application was closed. It allowed making purchases from the mobile phone, receiving the goods purchased from local merchants paying extra fee of $5. The same scheme has been planned to run in Great Britain, though instead of that the project was closed.

One month later eBay informed that more than 80 small enterprises in Brooklyn, New York joined the eBay Local program. Initially the program was aimed at gross merchants, however it's been planned this measure will let solving the question of the "last mile" with the participation of small merchants, which is the majority at eBay. Still this program is also closed at eBay.

In the last press release eBay states closing eBay Now last year did not mean terminating the delivery program immediately, and delivery opportunities and companies involved were moved to the main application of the auction, which allowed to decrease dependence of the separate service. Although eBay Now showed some good results, the company has always been thinking of it as a pilot project, and now works on creating the delivery service, which would be relevant for more than 25 mln. merchants, trading on the auction and cover the major part of trade offers.

Since the time PayPal officially split off from Ebay, the trade giant keeps on informing about the changes in the policy. So, eBay confirmed the plans to close mobile applications eBay Valet, Fashion and Motors. eBay Motors will be closed later this year, however some part of its functionality will be available in eBay main application. The eBay Fashion will be closed within next several weeks.

The eBay Valet, which used to setup the goods price, provided professional photos of the items for sale and provided the merchants and buyers with the confidence from using the safe and verified trading service, will be closed within next few weeks, while the service itself will be available on eBay.com/valet or via the tools in the main eBay application. The company plans to include the support of technical opportunities in the service, which were available for the clients as part of eBay Fashion application.

The eBay valet customers received the e-mail notification saying that eBay stops the work of independent application on August 6 and integrates the Valet service to the main eBay application at the end of 2015.

However, the eBay policy changes not only refer to terminating the processes and applications. As part of the changed Valet service, eBay plans to use the cooperation with the commission online woman fashion store Twice, took over last week. Although the terms of the deal are not disclosed it is known that earlier investors of Twice invested $23 mln. into it. The Twice platform was created to make the process of things offering for sale as easy as the sale purchase. Including the platform technologies to eBay will let to simplify the sales processes for millions of customers of the online auction, the Twice founders believe.

Online Casino: is there ANY Chance to Win? High Yield FAQ
Alternative Investment Classes HYIP Wiki
How to Avoid a Ponzi Scheme Avoid scams
10 Things Newbie Should Know About HYIPs Get started
The Tactics of Internet Investment Publicism
How to Trade on the Forex Market? Get started
HYIP Monitors: to Trust or NOT to Trust High Yield FAQ
Alert! Phishing Mails! Avoid scams