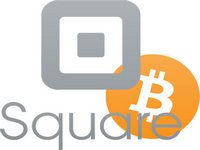 Earlier on Thursday Google and Square announced the cooperation in the sphere of creating the new payment system, which is going to accept Bitcoins. This measure will definitely add more interest towards the cryptocurrencies from the the entire payment market and the Apple Pay system in particular. Right now Google is in the process of testing the new payment method, called Plaso. As for Square, it is in the process of developing the hardwaretools for those purposes.

The terminals will look like an Android tab. Square is now testing the soft called Square Reader, which can be connected to iPad. The Squaer Reader soft is able to scan credit cards. Apart of all, Square promises to enable the double encryption option. The Square Reader is fully compatible with iOS and Android systems.

The Google solution can become a a great benefit for the manufacturers of other Android-based devices. Nevertheless the giant needs to consider own mistakes and take the bad experience with Google Wallet into account. So far Google Wallet is not enjoying wide popularity worldwide. Quite possible Plaso will become a better wallet program. One of the questions, so far not resolved with Plaso is the option to use the wireless technology.

So far it's clear Plaso is planning to use the Bluetooth technology connection wireless connection. Apple Pay in its turn uses the NFC. Both methods, Bluetooth and NFC have both advantages and drawbacks. NFC is more secured, while Bluetooth can reach further. NFC is only available at the distance of 4sm., which means in order the hacker could do some harm, he really would have to be really close to the device.

The evident drawback of NFC is its weak privacy. You are using your mobile for paying in the store, at this time the merchant stores your phone number absolutely illegally. Quite possible this information will be collected and further on analyzed by those ready to offer some alternative goods. Let's not forget, the information about your phone number and purchases can be accessed by spammers. Bluetooth in this aspect is more private, for two devices are directly connected to exchange data.

Bluetooth and NFC Round Each Other Out

However, Bitcoin users know perfectly well, Bluetooth and NFC can round each other out. And when making a new product, Plaso, Google will have to take that into account. For instance, the buyer can use NFC in order to confirm the identity on the phone. After the identity is confirmed, the data can be transmitted to the payment gateway via Bluetooth.

All in all Google is not talkie-talkie about Plaso. Nevertheless, it's great to know this company appreciates the Bitcoin idea. Thanks to Google we can start dreaming of massive integrating of the cryptocurrencies online.