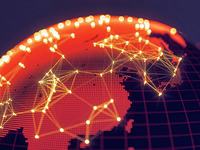 Latest hyip news digest july 20 2016
Take your time to see some more news from the hyips in action today. For a start let us share the update from Bitcily Holding, which has been working online for three weeks. Within this time more than 1000 investors joined the project, which is a good result after all. The admin...

Bitmain takes over blocktrail
Another take-over of a long-range start-up by one of the biggest large-caps in the world of crypto-currencies occurred. As the news broke the Chinese miners producer Bitmain (working on behalf of such brands as Antminer, Antpool and Hashnest) purchase the well-known Dutch start...

Bitstrategy successive growth
The admin of BitStrategy informs clients and partners about the growing process of generating stable profits during the period of two months by now. The team of the project does its best to develop it rapidly and modify the business model to get it adapted to the market growing...

Sport pharma celebrates two months online
Sport Pharma celebrates 60 days online, while being listed at HYIPNews for 16 days only. Here are some milestones reported, which were achieved during this period. First of all the website design was updated and made easier. The online chat was added for easy communication. By...

Latest hyip news digest july 15 2016
Here are some news from the HYIPs online at your attention below. Bitcily Holding has two good news to share with the members. First of all the Solid Trust Pay issue is completely solved, so you can easily deposit and request withdrawals. As for other payment systems, they are...

Hyip information survey 505
The Hyip Information Survey #505 is published this Thursday. During the month of July the HyipNews board took the decision to release the surveys once per week due to the lack of daily updates from the hyips online during summer holidays. Within a week time there have been some...

Latest hyip news digest july 14 2016
Check more news from the Hyips online in the news digest below. According to last week's results of TopTotal added to HYIPNews 44 days ago, the target limit was fulfilled by 34% implying that the interest rate will be 2.2%, insurance (27%) and the fixed amount of profit for...

Latest hyip news digest july 12 2016
Here are some latest news from the hyips online presented at the attention of HyipNews readers. First of all let us inform Business Angels announced opening of two new official chats. The link for the Skype Chat can be located anytime in the "Contacts" section and at the top of...

Leopardfinance paypal development
Earlier on July 9 the admin of LeopardFinance informed of completing 20 days online, paying smoothly since June 19. On this occasion the bonus $5 was offered for every new member with the deposit not less than $20.Two days after that another news was delivered for the members and...