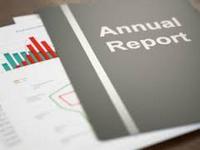 Ethtrade platform has been rather successful in the year 2016. The admin of the Ethtrade program set his mind on publishing and updating the customers with the major milestones and results achieved in the year 2016, as well as on sharing the idea on working during the holiday period.

As the admin reported the year 2016 has been quite eventful and profitable for Ethtrade. The platform has managed to grow not just financially. The geographical growth in 2016 was also amazing. Ethtrade has been joined by more than 54,500 customers and more than 50 traders. In the year 2016 Ethtrade has held 17 international conferences, launched regional clubs, organized 4 charity events and successfully completed 5 promotional campaigns.

Speaking of the new features some major ones have been implemented and added to the website of Ethtrade in 2016. Own brand was created with corporate identity, promotional videos, advertising materials and brand book. The step-by-step video manual on how to work with the platform has been integrated along with 15 language localizations. Some new section on the website for communication between users have appeared as well as the list of top traders. Partners of the project could enjoy several options of the landing pages and a number of educational materials, both text and videos, for cryptocurrency trading. Customers' accounts were secured with 2fa protection. Independent electronic currencies exchange point and Telegram bot have been added.

Speaking of the working schedule during holidays it should be mentioned that traders are now on short vacation till January 13. Despite the fact no trading will be completed during this period investors are still subject to receive daily profits from Monday to Friday, at a rate of 0.1% per day and affiliate bonuses from the creation of new portfolios during the period of Christmas holidays. Withdrawal requests of profits and affiliate bonuses from new portfolios during New Years holidays will be processed within 5 days. And finally a large online event with great prizes is planned for active customers. More information about the event will be available later on in the newsletters from Ethtrade.