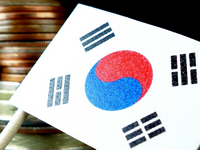 According to a report by Yonhap today, the trial which commenced last month is a 22-month program focused on the technological and legal provisions needed to launch a CBDC.

The Bank of Korea (BoK) believes the possibility of issuing a CBDC in the future is slim because of the increased demand for fiat currencies, the competitive nature of the global payment market, as well as the high level of financial inclusion.

However, the BoK stated that the CBDC pilot project is essential as it would prepare them for any future changes in the global financial market.

“The technological innovation in the payment service sector is currently taking place rapidly […] the BOK seeks to set up a pilot CBDC system in order to take preemptive steps against changes in the [financial] environment,” the bank added.

As per the report, after the completion of the program by the end of next year, the bank will review the requirements of launching a CBDC, with emphasis placed on the necessary technologies and legal demands.

It is no longer news that central banks across the world are bullish on government-backed digital currencies, including the Bank of England (BoE), the Central Bank of Iran and Thailand, among others.

However, very few central banks like the People’s Bank of China (PBoC) have already started developing an official CBDC, with the bank hinting that it is close to unveiling its digital Yuan officially.

Despite the country’s preparedness to quickly launch the digital Yuan, the project was halted recently due to the recent Coronavirus (COVID-19) pandemic that has put several nations on lockdown.