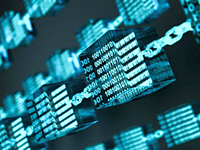 The Bitcoin (BTC) blockchain may offer an alternative to the “Orwellian” apps that have been used by governments around the world to limit the spread of the COVID-19 virus, an article from bitcoin-focused financial services company

According to the article, the main issue with the current solutions is “the type and quantity of data” that is needed for them to work. As an example, the author, Unchained Capital’s engineer Buck Perley, pointed to the system deployed in South Korea, where anyone who has tested positive for the virus will have his or her age range, gender, and places visited made public on a website.

Such systems could even discourage people from getting tested in the first place, “making the system itself less effective,” Perley said.

As a solution to this, Perley argued that the bitcoin network could be used to underpin a new type of health certificate by taking advantage of the ability to do micro-transactions via the Lightning Network.

Using the Lightning Network as the foundation for such a health certificate system means that updates to the system “can be made relatively costlessly,” the article said, while also adding that “another often overlooked benefit of the Lightning Network is that it comes with a pseudo-identity system pre-built in.”

“In order to make and receive bitcoin payments on Lightning, a user needs to lock up some on-chain bitcoin into a payment channel using a kind of smart contract on bitcoin called a Hash Time Locked Contract. This channel, and therefore the locked up funds, becomes associated with your node’s public key, a cryptographically secure identity.”

Further, the same post argued that the system should be built using a specification on top of Lightning known as “Lightning Service Authentication Tokens” – or LSATs for short – which can be explained as an alternative to the “cookies” we know from various websites.

Using LSATs, a bitcoin-based health certificate and contact tracing system could work as follows, according to the author:

• A trusted COVID-19 testing service sets up “a well-capitalized Lightning node.”
• A person who requests a virus test from the testing service is issued a LSAT, which is given a timestamp on the blockchain, and a corresponding invoice to be paid.
• The person takes the virus test, pays the invoice, and signs a message with the private key of their

• Lightning node, thus tying the LSAT and the public key of the node together.
• The testing service then processes the test, hashes and signs the result with their Lightning node, and “appends the signed message onto the LSAT.”

Using this method, it is now possible to prove that someone has taken a virus test, says Perley, without having to use a centralized third-party app to do so. The system can show:

“Having this information easily queryable allows individuals to assess their own level of risk,” the article explained. For example, a shopkeeper could require customers walking in to present a test result no more than one week old if they are an older person or belong to a high-risk group. On the other hand, a young and healthy shop owner could be “open to some wiggle room,” the article suggested, and concluded:

“This avoids some of the incentive pitfalls of other government run systems that punish those who might test positive, substituting instead market and social pressures on individuals to keep the system honest and informative.”

Per Perley’s LinkedIn profile, he is also a senior software engineer at tech company Tierion, which works with Lightning Labs on developing LSATs.